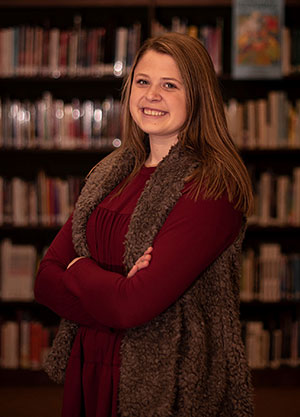 Kassidy Oliger
Kassidy has exhibited at the North American International Livestock Exposition, World Dairy Expo, the National Heifer Show held during the Brown Swiss National Convention, as well as several other local shows. For the past two years, Kassidy has been the Indiana Brown Swiss Queen, serving as an ambassador for the breed. Outside of the world of Brown Swiss, Kassidy has been a member of the Indiana 4-H Dairy Youth Academy, attended the National 4-H Dairy Conference, and she currently serves as the Wayne County Livestock Ambassador for the dairy barn. Kassidy plans to attend Purdue University to study Agribusiness. Her dream is to have a career and be involved in the dairy industry by continuing to raise Brown Swiss cattle. Her hobbies include photography, playing sports, painting, and raising and showing dairy cattle. 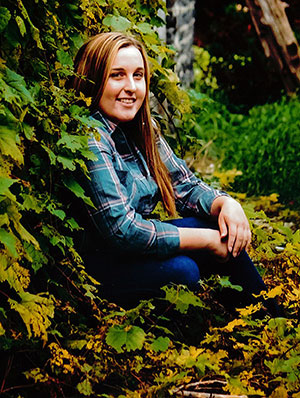 Chloe Renaud
Chloe has shown heifers at the local and state level. Her interest in Brown Swiss came from helping on her Aunt and Uncle’s farm, North of Dixie. Chloe is currently the St. Lawrence County Dairy Princess. She is a member of 4-H and the New York Junior Holstein Club. She was also an officer for her school’s FFA chapter, where she competed in Dairy Leadsman and Prepared and Extemporaneous Speaking. Chloe enjoys advocating for the dairy industry through social media. She plans to attend SUNY Canton to pursue a degree in Agriculture Business with the intentions of becoming a teacher.

The Brown Swiss Cattle Breeders’ Association was established in 1880, registers 9,000 animals per year and serves about 1,800 combined adult and junior members. All cattle in the registry descend from the initial importations of 25 bulls and 140 females from Switzerland, where the breed was developed around 4000 B.C. The world population of Brown Swiss is reported to be about 4 million, which ranks in the top two in world-wide population of dairy cattle. For more information about the Brown Swiss Cattle Breeders’ Association, visit www.brownswissusa.com.