The stresses of harvest time

Everyone is working hard to make all the ends meet. 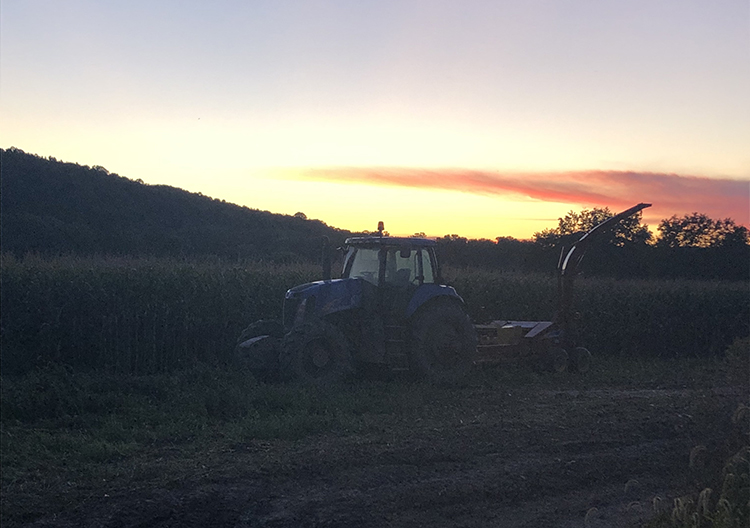 ‘Tis that time of year again. Everyone’s on edge for obvious reasons; harvest is a pretty big deal. For a lot of the country, it seems like corn in 2020 will be better than it was 2019, and man, do we need it to be. I’m not going to talk about the actual harvesting, though. I want to talk about the people.

There are three categories of people during harvest, or at least there are on a dairy farm. First, there are the people doing the actual harvesting. They’re running the chopper or combine, driving trucks, and packing silos and bunks. They’re spending 18 hours a day with their butt in a seat, and it’s exhausting.

Next, you have the people doing the daily chores. They’re milking the cows, feeding the calves, and making sure all of the day-to-day tasks are covered so harvest can roll on uninterrupted. They’re picking up the slack, and it’s exhausting.

Finally, there are the supporters who may help around the farm a bit, but their main job is to keep life moving. They shuttle people when equipment needs to be moved, they run for parts, and, most importantly, keep everyone fed. They often feel like they’re not doing enough when honestly, their job is probably the most important, and it’s exhausting.

Do you see the pattern? It’s all just . . . exhausting. Mentally, physically, and emotionally exhausting. Each job is different but hard. The harvesters may be pulling the most hours, but the job of covering chores is more physically demanding. The supporters are often the busiest and are typically pulled in a million different ways. I hope it’s better at your farm, but here, it basically just leaves everyone irritatingly annoyed.

It’s not easy driving a truck or harvester around a bumpy field for 10-plus hours a day. By the time you’re done, your whole body is sore. The chore-ers, though their job hasn’t changed much, are now doing the work of two or more people with no one to back them up. The supporters are doing everything that’s asked of them plus constantly worrying about the safety of everyone else.

At the end of the day, everyone’s fuse is shorter and their temper is hotter. So, try this: Take a deep breath before you respond to the annoying question you’ve been asked 17 times. When a cow gets sick, instead of losing your cool about all of the things the chore-ers may have done wrong, know that you couldn’t be doing your job if they weren’t trying to do theirs. When lunch doesn’t show up until 2 p.m., just be grateful it showed up at all. Have a little grace. We’re all in this together.

Oh, and if you’re the guy in the tractor, return a text or call every once in a while. If the support person who is just checking in hasn’t heard anything in a few hours, we assume the tractor’s on fire and you’re dead in a ditch. A quick ‘I’m OK’ text would clear that up really quick.