“The system farmers have put in place works and in normal times, we celebrate those successes,” said Barbara O’Brien, President of DMI, while speaking at the virtual 2020 joint annual meeting of the United Dairy Industry Association, National Dairy Promotion and Research Board and National Milk Producers Federation. “What the last seven months has proven is that it also works in difficult times, frankly times we couldn’t have imagined.”

Marilyn Hershey, a Pennsylvania dairy farmer and chair of DMI, added: “When I think of the dairy checkoff this year, I think of the action and deep relationships and collaboration that make action possible. The staff pivoted within the plan to drive immediate impact.”

Dairy Consumption Reaches 60-Year High
DMI CEO Tom Gallagher said one of the year’s highlights was USDA’s per capita report that showed consumption reached 653 pounds per person in 2019, a 60-year high for dairy.

“That comes as a shock to a lot of people who say dairy is dead,” Gallagher said. “They think about the decline in fluid milk, but they don’t think about all of the other areas that have grown exponentially.”

Gallagher pointed to four factors he says had the biggest impact on the continual rise in dairy consumption:

· Growth of cheese at foodservice, helped through strong checkoff relationships with foodservice leaders.

· The turnaround of pizza, dating to 2008 when DMI began partnerships with Pizza Hut and Domino’s to showcase cheese and increase its use.

· The success of the U.S. Dairy Export Council, created by farmers in 1995 to put more U.S. dairy into more countries. That year, U.S. dairy exports were valued at $982 million. In 2019, the value was $6 billion, a 511-percent increase during that period.

· The resurgence and consumer acceptance of milkfat and butter, in part due to research efforts led by the farmer-founded National Dairy Council.

Gallagher credits these successes to farmers who took leadership in creating the dairy promotion program through a Congressional act in 1983. Per capita growth since that year has increased by 80 pounds.

Changing Course Due To COVID-19

O’Brien addressed how DMI responded to the pandemic, found ways to move more dairy to those in need, and executed this year’s strategy on a compressed timeline. She summarized five “impact” results the checkoff achieved:

· GENYOUth, an organization founded by the checkoff, created the “COVID-19 Emergency School Meal Delivery Fund,” generating nearly $10 million in cash and in-kind support of other people’s money to 9,000 schools to get food to students in need.

· O’Brien said pizza “has been a superstar through the pandemic.” Frozen pizza has experienced double-digit growth at retail and checkoff partners Pizza Hut and Domino’s have averaged 10-percent sales growth over the last two quarters. O’Brien cited efforts with Pizza Hut, Papa John’s, Leprino Foods and Dairy Farmers of America that moved tens of millions of extra pounds of cheese from May through August.

· At no cost to farmers, a new promotion in Subway’s 21,000 stores will generate funds for GENYOUth’s emergency school fund while building awareness for America’s dairy farmers, dairy products and Fuel Up to Play 60.

· A multimedia campaign on National Farmers Day earned more than 900 million impressions across media and digital channels for U.S. dairy’s 2050 Environmental Stewardship Goals, the Net Zero Initiative and the commitment by Nestlé to support U.S. dairy’s journey with up to $10 million over five years.

· Checkoff teams across the country continued to share the story of dairy’s essential role in communities and farmers’ ability to assure a safe, consistent supply of dairy. Paid media integrations and digital content garnered more than 1.6 billion media impressions and increased trust in farmers and the belief in farmers’ essential role.

Gallagher focused on a more recent checkoff initiative aimed at reaching Gen Z consumers (early teens to 20s). More than 90 percent of Gen Z plays video games, so DMI established partnerships with four influential Minecraft gamers who have a collective reach of nearly 120 million social media followers. Each gamer did a virtual tour of a dairy that resulted in dairy-focused Minecraft content that highlights farmers’ priority on animal care and the environment.

He said this strategy is critical to reach a generation of consumers who no longer use traditional media to hear an industry’s or company’s message.

“If we wanted to run an ad for people like me or most dairy farmers, we might run something on traditional television, but this age group doesn’t watch commercials,” Gallagher said. “So, you have to go where your key consumer is and gaming is where they are.”

“The reach of this program is enormous, and the money spent is minimal,” Gallagher said. “In terms of cost effectiveness and messaging, I guarantee you this will be the most effective communications program we have had since the start of the checkoff.”

The meeting also featured a panel conversation led by O’Brien that brought together dairy promotion, cooperative, processing and farm leaders to share perspectives on the importance of U.S. dairy’s commitment to environmental stewardship and sustainability.

Acknowledging external pressures, the group focused their discussion on the importance of collaboration and the different, unique roles the dairy community will play on the path to carbon neutrality. Krysta Harden, Executive Vice President of Global Environmental Strategy for DMI, explained what that means.

“U.S. dairy farmers are diverse in size, geography and practice,” Harden said. “We know that there is no one-size-fits-all solution. This is about everyone doing something – not everything – to help us collectively as a U.S. dairy community achieve carbon neutrality.”

Emily Johannes, Category Manager of Ethical Sourcing for Nestlé, further explained why engaging with the U.S. dairy community and the Innovation Center for U.S. Dairy is the right decision for the company.

“We chose to invest up to $10 million in this initiative because that’s our commitment to dairy farmers and our supply chain partners – to help take action together. We see this as a bold new initiative, and the action starts now,” she said.

Focused on the Future

Gallagher concluded his remarks with a glimpse toward the future, specifically the “Dairy 2030” initiative. He said this effort brings together the best thinking within the dairy community, futurists, academia and business to ensure preparedness and a strong future for dairy.

He referenced a quote from former President John F. Kennedy: “Change is the law of life. And those who look only to the past or present are certain to miss the future.”

Gallagher said: “I want to emphasize two points: the vast majority of our time and effort is on today, the here and now and doing the best job we can with our mission of building sales and trust. But as everyone knows you have to think about the future. Let’s not be a little bit behind, let’s be way ahead.”

For more information about the dairy checkoff, visit www.usdairy.com. 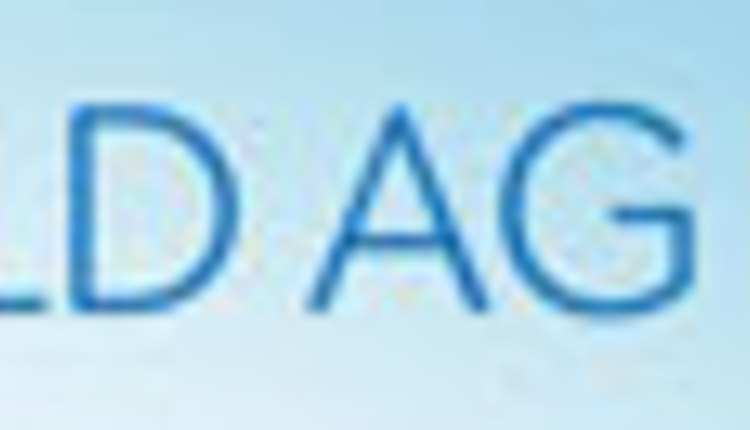