Advocating at the federal level for dairy farmers will be crucial with new lawmakers set to join Congress and potentially a new president heading to the White House, Michael Torrey, a longtime expert on farm legislation, said this week.

“There are going to be a lot of new faces, there is going to be new philosophy (and) going to be new leadership. So, it is important to be engaged in Washington, D.C.,” Torrey told members of Edge Dairy Farmer Cooperative on Nov. 11 during a video conference.

Torrey, the principal and founder of Michael Torrey Associates, is a veteran of Capitol Hill who, among other roles, served as an adviser to former presidential candidate Bob Dole and as deputy chief of staff at the U.S. Department of Agriculture. Torrey works with Edge, which advocates on federal policy for its Midwest dairy farmers and processors.

His presentation, a week after one of the most contentious U.S. presidential elections, reviewed key congressional changes and how a potential Joe Biden administration might affect farmers.

The challenge of making sure lawmakers understand the complexities of dairy issues is growing, Torrey said. He pointed to the defeat of Rep. Collin Peterson, D-Minn., a longtime member and current chairman of the House Agriculture Committee who, Torrey said, understands dairy policy more than most in either political party.

Torrey touched on the potential impact of the election on Edge’s top priorities:

A key part of Edge’s mission is to get members engaged in advocacy, Tim Trotter, Edge’s executive director, said.

Trotter said providing insights from Torrey is one way to do that.

He also noted several other opportunities for members: one-on-one conversations with lawmakers on Capitol Hill as part of Edge’s “Dairy Speaks in D.C.” trips, participation on Edge’s policy committee, tools like VoterVoice that make it easy to speak out on specific proposals, and farm visits by top officials. Edge hosted Agriculture Secretary Sonny Perdue for a member town hall in October at Edge President Brody Stapel’s farm.

“The voices of Edge’s dairy farmers and processors matter to decision-makers in Washington, so providing our members with those opportunities is a top priority,” Trotter said. “The more we all speak up and convey who we are and what matters most on the farms and in the processing plants, the more of a positive impact we will have for the dairy community.” 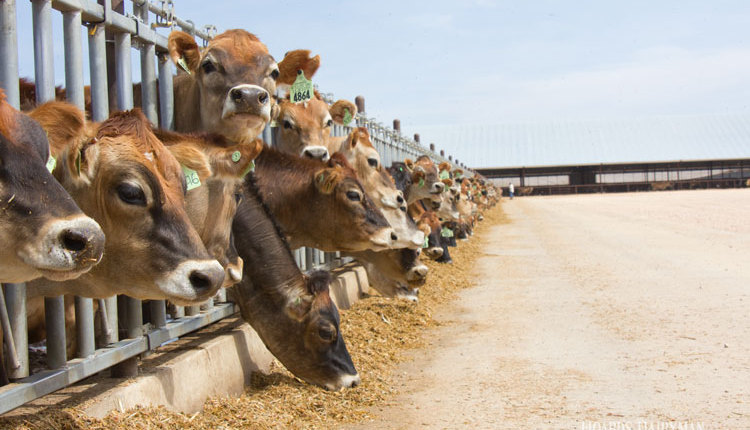