One theory on breeding cows

I think there are benefits to be gained by breeding cows on their time, not ours. 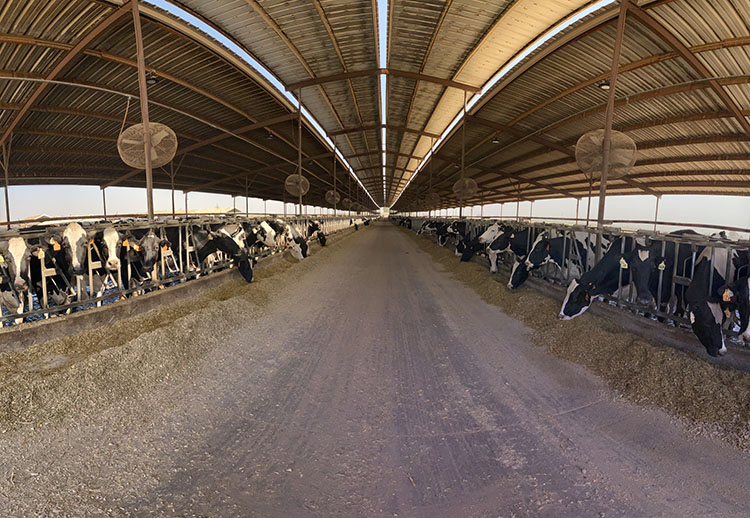 Are we breeding cows wrong? It is an honest question. Have we lost sight of how or when to breed cows?

Every study and every consultant will say nearly the same thing: “The sooner a cow gets pregnant, the more economical her lactation will be, so breed her early and try often.” Well, I am here to say I think that is wrong for high-producing cows.

In high-producing cows, it is not uncommon to see them be dried off making 80 to 100 pounds of milk. It is also said that high-producing cows have a harder time getting pregnant due to the energy draw they require for milk production. A cow’s energy gets broken out into three main sections: milk production, immunity, and reproduction. We do not get to choose how she decides to exert that energy, but we can manage it.

Here is my theory. If you can breed cows based on when they are ready, off natural heats, then you could limit your services per conceptions dramatically. For example, let’s say I have a high-producing cow that averages well over 100 pounds of milk. Let’s also assume that it takes two to three services to get her to conceive. It then begs the question, “Were the previous breedings magic? Was there something special about the previous straw that made her conceive on the next breeding?” The concept is to skip the guess work, move past the inefficiencies, and narrow our breeding criteria to natural heats — on her time.

There may be some cows that don’t conceive until over 100 days or so, and that’s okay as long as her production curve predicts a profitable production at dry-off. A profitable cow is one that can cover her living expenses plus some. Getting her pregnant earlier, drying her off, and then allowing her to go through the most critical moment of her lactation (calving) is like pulling your investment out of a high interest rate account for a few months, and then when you want to re-invest, you have to swim with said cash across a river to deposit it. You may come out losing none, but there is always a chance of some being lost, if not all. Calving a variable that has its risks, even on a well-managed farm.

One might ask, “But what about your replacement heifers?” Sexed semen has been a game changer in the industry for many farms, and its benefits are still being realized today. It is easy to manage a heifer inventory by breeding more or less with sexed semen.

I think you can reduce your services per conception by breeding a cow when she is actually ready instead of when we think she is. The cow that conceived on the third service at 200 days in milk is still going to conceive at 200 days in milk. The theory attempts to bypass the previous services and land a conception with less effort.

This may sound far-fetched, but with all the data we have collected from different on-farm technologies in relation to milk production curves, rumination times, and so forth, and all the predictors a cow has in her lifetime that affect production, we should be able to predict, with some certainty, when her optimal breeding time would be.

I do not bring this up as an educational piece; rather, it is a thought provoker and conversation starter. I am curious about everyone else’s thoughts!