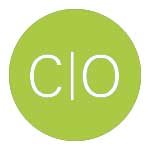 Lyle Orwig, founder of Charleston|Orwig, now rebranded as C.O.nxt, has generously fully funded the Agricultural Relations Council/C.O.nxt Scholarship Program with a recent contribution of $75,000. It is part of an endowment established within the ARC Foundation a couple years ago.

A long-time champion of agricultural public relations/public affairs, Orwig is a founding inductee of the Agricultural Public Relations Hall of Fame, sponsored by the Agricultural Relations Council and Agri Marketing magazine. He has been an ARC member for decades and his former agency has been active in the organization through the years.

“The Foundation can now invest this and earn additional dollars for the endowment,” Orwig said. “We hope that the returns at some point will allow the ARC Foundation to increase the value of the scholarship each year and become even more meaningful to the recipients.”

The scholarship program has honored seven students since it was re-instituted in 2015. The scholarship assists a college student enrolled in an ag communications program.

“This is an extremely generous gift and will help the ARC Foundation immensely,” said Kristy Mach, ARC executive director. “Lyle’s generosity through the years – from a time, talent and financial commitment – cannot be measured. We are thrilled with this gift and know that Lyle remains committed to the mission of ARC.”

The ARC Foundation established the endowment a couple years ago, with major commitments from Orwig, along with Gardner & Gardner Communications, through a financial gift from Den and Sandy Gardner. Den managed ARC through his company for 10 years until turning over the reins to his former associate Kristy Mach 18 months ago. His firm annually underwrites for ARC Gardner & Gardner Communications Internship Program.

ARC plays a key role in increasing the professionalism of its members through its annual meeting, regular webinars, Golden ARC Awards and more. “This is a vital organization for our industry,” added Orwig. “We encourage other leaders in the industry to step forward and be regular funders of this foundation and the endowments.”

Gardner noted that ARC nearly disbanded a dozen years ago. Now it has about 200 members and recently had its largest number of entries in its awards program in decades. He still serves the association as a senior counselor. “ARC is strong today because a handful of PR professionals stepped up many years ago to revitalize the organization,” he said. “Now it’s time to take that next step in its journey to provide leadership in ag PR.”

The ARC Foundation is a 501c3 non-profit organization. Other regular contributors to the endowment are Agri Marketing magazine (led by Lynn Henderson), through an annual contribution to the Agricultural Public Relations Hall of Fame, G&S Business Communications, Truffle Media, Jim Evans and Richard Howell.

ARC continues its search for endowment partners for such annual professional development efforts as:

ARC is also open to other ideas to promote agricultural PR and public affairs careers through its organization. For more information on how to participate in the ARC endowment effort, contact Executive Director Kristy Mach at: kristy@cornerwindowcommunications.com or 952-758-5811.