Remembering a farmer and friend

Today, I am thinking fondly of Iowa dairy farmer Joe Lyon, a friend and mentor to me, who passed away last week. 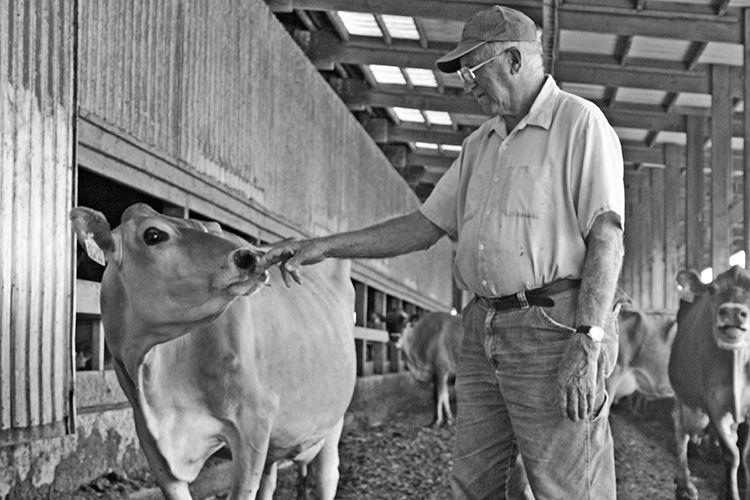 Last Friday, I received a call that I had been anticipating, but nonetheless, it was still hard to hear. I got the news that my beloved friend, Joe Lyon, died at the age of 92.

Joe leaves behind nine children, seven who are still living, and a brother. He also leaves behind a rich history that makes him a true icon in the dairy industry.

I had the pleasure of really getting to know Joe in the early 2000s, when I started working for Swiss Valley Farms, a cooperative that he shipped his milk to and where he sat on the board of directors. Many times I would travel to Toledo, Iowa, for district meetings or to take office employees to learn about dairy farms and the dairy producers they serve. Joe was always one to offer his time to show us his legendary farm and share his wit, along with his humor. Joe had this keen ability to intertwine the two. When Joe talked, I always leaned in.

I remember one visit to Toledo, where Joe's wife, Duffy, was in the hospital, and Joe was home that afternoon. I brought an apple pie that I had picked up from the local grocery store. Joe and I gathered around the kitchen table, like we had done several times before, and enjoyed a slice of pie and a glass of milk. 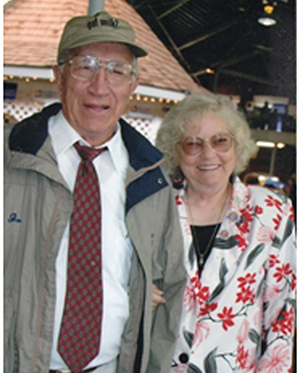 Joe and Duffy at the Iowa State Fair.

I asked about Duffy, and Joe assured me she was "just fine." He also told me that he went to make himself a peanut butter and jelly sandwich for supper the night before, and all that was in the fridge was "tube jelly." I asked Joe what tube jelly was, and he explained that tube jelly is the kind of jelly you buy in the grocery store.

"Can you believe she didn't have any homemade jam?" Joe asked. Duffy was 79, but Joe thought she had slacked. I chuckled and never divulged that the apple pie I brought was purchased. I couldn't have Joe thinking less of me.

Joe and I traveled to New Orleans and a few other places for National Milk Producer meetings. He was always easy-going, and naturally we talked about Jersey cows or family, two things that were close to both of our hearts.

Joe is well-known for his roll-up the sleeve work ethic that he illustrated daily by milking cows, but he also brought it to board rooms to get business done. His advocacy for installing component pricing is one that he was rightfully proud of, and one that Jersey breeders like myself are forever grateful for.

Two hours separate my farm from Joe's. Regretfully, I hadn't made that trip in a very long time. I kept telling myself I needed to go see Joe. And then, life would get busy. His death is a reminder that we all have to hit the pause button more often.

Selfishly, I wanted one more trip to sit in Duffy Lyon's kitchen, to hear Joe tell stories, like only Joe Lyon could, reminiscing of his past that included travels from all over the country. Riding by train car to show his cattle all across the country, even shaking hands with the Queen of England when he was judging and toured her own Jersey herd. He also talked about his time on the boards he served, but not once did he talk about the awards he had earned.

Joe Lyon reminds me of all that is good in the world. For all the places he traveled and all the recognition he has received, Joe was grounded. Still, he was very proud to say, "I'm married to the Butter Cow lady."

Joe Lyon worked hard. Nobody would argue that point, and he expected others to work just as hard. Once Joe and I talked about how much vacation time employees at Swiss Valley received. He felt that anyone who took more than a couple weeks off a year could be easily replaced. I remember sinking in my seat a bit, but Joe was one to also offer praise. He told me it was a pleasure to see me work passionately hard at communicating dairy and equally as hard raising a family. "Both are important," he stated.

Joe Lyon’s résumé is impressive, but he was most proud of his family. Often, when Joe spoke, it was never about what he did; it was about what others around him had done. He was a team guy, and I always felt like Joe was on my team.

Joe Lyon was one-of-a-kind. Our industry is better place because of him.

Rest in peace, my friend. 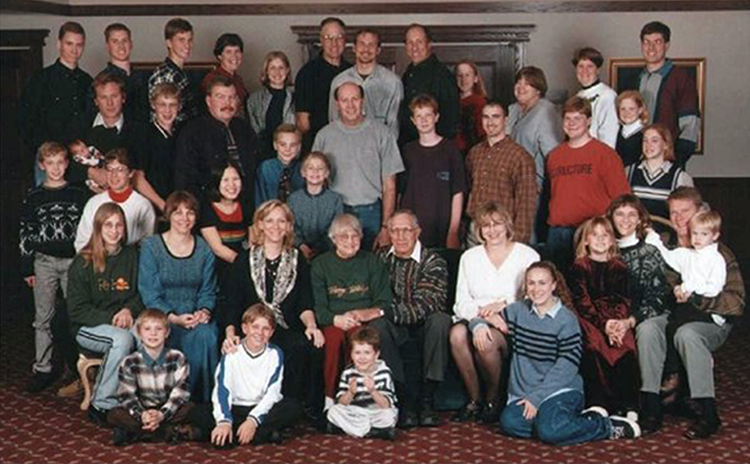 Joe and his wife, Duffy, and much of their family by their side in 1998.