Our story keeps getting better

I won’t let opponents of agriculture derail my efforts to promote the great things happening on today’s dairy farms. 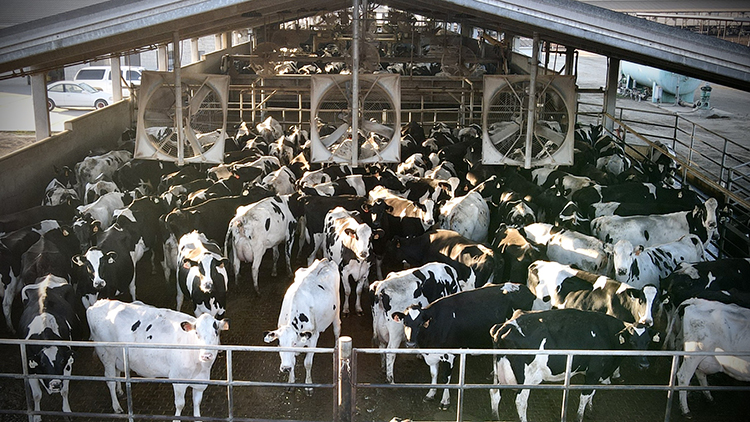 I was being interviewed the other day prior to a workshop, and the interviewer asked me what I did for work and in what ways I was involved. I had to stop and think about it, because as producers, we wear so many hats! Eventually, we started talking about my Dairy Dad social media pages where I talk about dairy, and that is when she asked a question that I had not been asked before.

“Do you find it harder to tell your story now that the animal activists are being so mean?” she inquired. I had never thought about that question until then, but I knew the answer was, “Absolutely not!”

It’s not hard to tell our story, because our story is constantly changing and improving. The dairy community is progressing so quickly into the future that it takes a village to share all the great things we do! But that is not where I finished my answer.

I continued to share all the vile comments these “animal activists” were spewing, and she was shocked. Not being in the same circles as many of us, she had no idea the level of hatred these activists have in their hearts. I shared some personal stories of how I was called every name under the sun and how I was sent messages letting me know that they hope that I have to watch as my children die from diseases that are incurable. As graphic as it sounds, it’s not the worst thing I have heard.

Many dairy producers like myself are out on social media sites every day, posting about dairy and all the great things we as an industry are capable of and do. Every day, these men and women share their lives with the public, hoping to be an example and an educator for those who wish to learn more about dairy. It is extremely unfortunate that the poisonous nature of people can stretch out and reach you in your own home, but that is the way it works.

This month, in the dairy industry, is affectionately known as Febru-Dairy, which means there is going to be a stronger presence on the social channels surrounding all things dairy. It is an awesome time to see some really neat content from your favorite pages. However, it is also when the activists decide to cause havoc as well.

With that being said, take some time and send some support to your favorite pages. There are people doing an amazing job, and they could really benefit from a little encouragement!