How to work with your family 101

Working and living with your family isn’t always what it’s chalked up to be. 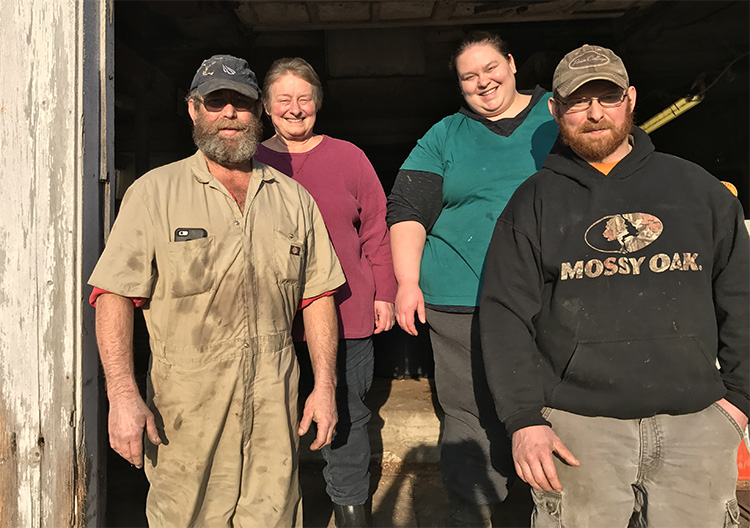 When I first made the decision to come home to the farm, it seemed . . . easy. I wasn’t naïve enough to think nothing would change, but I never imagined it’d be so much harder than I imagined. Why is it so much harder to communicate with the most important people in our lives? Why are feelings between family members more difficult to address? Why is it that we tend to be able to hurt the people we love the most the deepest?

The power struggle was real. My dad and I, who are too alike, know exactly which buttons to push. I didn’t want to be treated like the 10-year-old who flinched every time she gave a cow a shot, and he didn’t appreciate being contradicted on some of the decisions he made. Things were said and feelings were hurt. He felt like I didn’t care enough about the farm to want to learn more, and I wondered if there was a point in even trying when all of my ideas and opinions seemed to be immediately shot down. Then add in some spouses, and life gets even harder.

We’re almost eleven years into this and some days I still think about walking away, but I have learned a few valuable lessons along the way. For example, no argument is ever 100% one person’s fault. If you and a specific family member are having trouble getting along, own up to your role in it. Even if only internally, the way you think about and react to that person will change. As much as we hate to admit it, sometimes we are the problem. Another big step for me was to learn to not take things so personally. I can’t control what others say to me, but I can control how I react to it or how I think about it. Then, before I know it, I’m overthinking and putting extra meaning into the very literal words that were said. Within hours, a simple reminder from someone to do something I’ve done every day for the last five years has turned into them doubting my very intelligence. Learn to let those emotions go. Dwelling on them makes everything worse.

I know that my family isn’t perfect. We argue and say things we don’t mean all the time. But at the end of the day, we are family, and nothing is bigger than that. I can honestly say I would jump in front of a bullet for every single one of them. If they’re reading this, I love you. Sometimes I just don’t like you very much.