As women, we are farmers, farmer’s daughters, farmer’s wives, and so many other things, but that does not dictate our roles or capabilities. 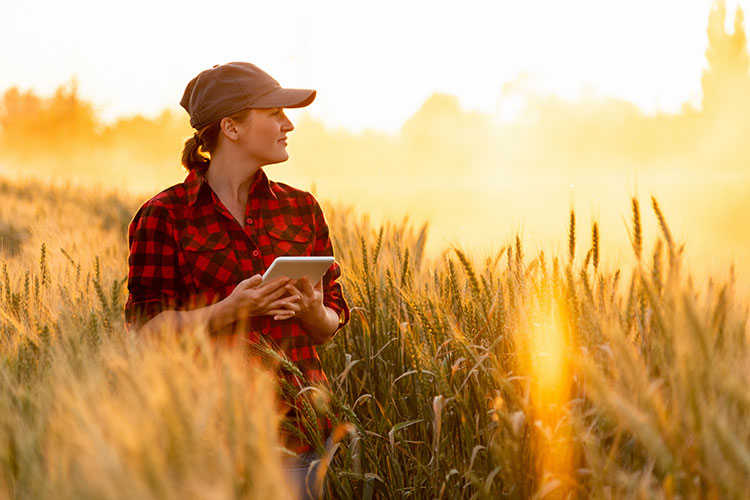 When I was younger, I always shuddered at the word “feminism.” I associated it with women who were fighting for rights they already had or fighting just for the sake of it, as opposed to supporting a unified, justified cause.
Last week, I along with many other dairy producers in the Northeast received a reminder in honor of National Agriculture and National Women’s Month that women are still not always perceived as equal to our male counterparts. I don’t think that this letter we received with our monthly milk check, containing a list of the duties of a “farm wife,” was intended to offend, but it certainly did. It was a reminder that despite the progress of our nation, sometimes women are still seen as a mere compliment to men.
I have been inspired by strong women throughout my whole life. To see this outdated message diminish their contributions left me nearly speechless at first. Since it arrived, I’ve been searching for the words to properly describe the incredible impact women have on agriculture and the world as a whole.

It boils down to the fact that, until the last few years when I started to see our country from a more holistic perspective, I didn’t see the need for a movement intended to empower women. That’s because the female role models I had in my life were already empowered despite the challenges they faced every day. When I left that bubble and went out into the real world, I realized that just because I didn’t notice the inequality didn’t mean it wasn’t there.
I didn’t notice when the salesmen who came to our door always asked for my dad. But now I notice because it happens to me. Sometimes when I give an answer to salesmen or a truck driver or male figure who is unfamiliar with our operation, they question it needlessly, ask for a male to verify. I’ve been called “honey” and “sweetheart,” nicknames that professionals wouldn’t use when talking to a man.
Women in agriculture are so much more than we are made out to be. Some of us fit the mold the world likes to put us in, and some of us don’t, and both of those scenarios are OK. I am a part of an organization entirely dedicated to women in agriculture and have had the privilege of surrounding myself with strong women my whole life. Someday I hope that is the norm for all young girls and that the need to advocate for women in the industry isn’t as prevalent.

For today I’ll leave you with this: Progress isn’t linear, and just because we’ve made progress in this area doesn’t mean the problem has disappeared. We are farmers, farmer’s daughters, farmer’s wives, and so many other things, but that does not dictate our roles or capabilities. The definition of agriculture is not restricted by gender.

Abbie Cox
Abbie Cox grew up in Cato, N.Y., on a first-generation dairy farm and currently attends Cornell University as a member of the class of 2021, majoring in animal science with a minor in education and a focus in dairy. On campus, she is involved with the Cornell University Dairy Science Club, Sigma Alpha, Collegiate Farm Bureau, and is a Peer Adviser with CALS Student Services. Cox has interned with the MILC group, the Animal Agriculture Alliance, and was the 2020 Hoard’s Dairyman summer editorial intern.