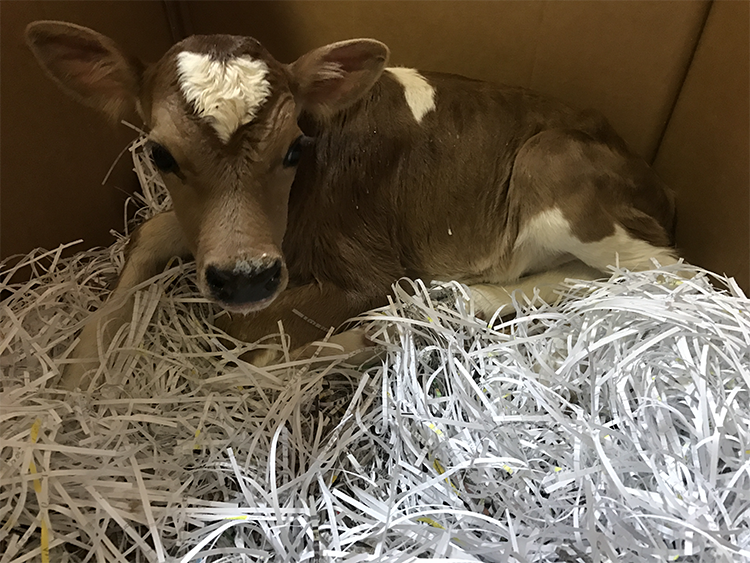 When you raise animals, the inevitable is, well, inevitable. Things that live eventually die. It will never be easy, but it’s true. When you’re in charge of the care and well-being of living things, at some point, inevitably, their death may be your fault. We’re human and sometimes we fail. Earlier this week, I failed. I think. Honestly, I can’t be sure. This calf had been sick since birth. It’s not common but it happens. It’s hard to really know or understand why. Her dam is healthy, and her calving was flawless, but from the beginning, Carmen struggled. She had a few good days, but it was more of a one step forward, two steps back kind of deal. We treated her as we knew how, and as we had treated hundreds of calves over the years. Then Monday night she took a turn for the worse. I treated her one more time then got the esophageal tube ready. Some warm milk in her stomach would do her good.

Even sitting here now, I’m telling myself I did all the right things. I braced her head and neck, then felt the tube slide down her esophagus — not her trachea. When I tipped the bottle up, I could feel her breath on my hand, which was yet another sign that the tube was in the right place. The milk went down smoothly. Finally, I kinked the hose and gently pulled the tube from her mouth. But less than five minutes later, she was gone. There’s a good chance that it wasn’t my fault, and she simply couldn’t go on anymore, but that’s not how it feels. It feels like there’s a new empty stall in my calf barn because I failed. And because of that, I don’t want to be a farmer anymore.

I will carry this burden for longer than I should. I will also learn from it and apply that lesson to the next calf that needs me. Because when you try to save a life, you may fail. But if you never try to save one, you never actually will. That’s the thought that keeps me going. Today, I don’t particularly want to be a farmer. But maybe tomorrow I will.