It’s easier to be mean than nice

It had been a long, hot, tiring week, but then my son reminded me that patience and kindness are always worth it. 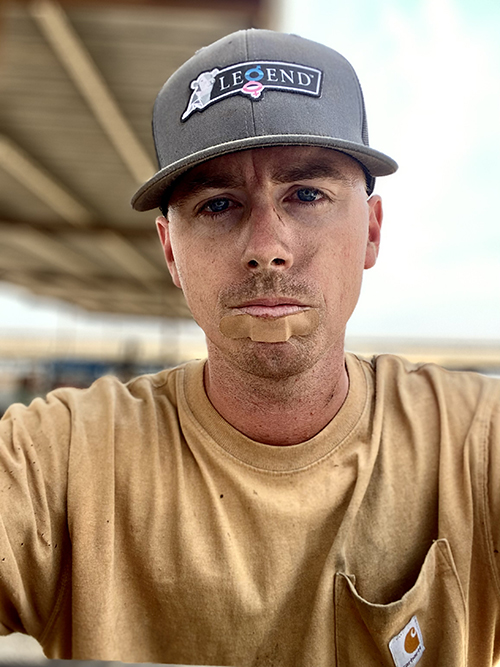 It had been a long week. I had been up since one in the morning for multiple days in a row and only getting a quick nap in before it was time to boot up and head back out. I was on my feet in worn down boots and aching muscles for what felt like an eternity, but when there is work to be done, you can’t think about it — you just do it.

We all know those days, weeks, and sometimes months that seem to never end. You are physically exhausted, teetering on the edge of sanity, while trying to hold together a business, family, and all the other responsibilities and commitments you have. And all it takes is one little blip and you lose your temper over something stupid and small.

That was me the other day. I was at the end of my rope with no patience to be found. It was as if the 110°F sun evaporated the last bit of energy I had left, leaving my tank empty.

At the end of what seemed to be a never ending, scorching marathon, I was in the middle of moving hay with a skid steer when I hear my son yelling for me over and over and over and over and over again. I knew he wasn’t hurt. I knew nothing was wrong. And I just knew that he was not going to stop pestering me until I stopped what I was doing, shut off the tractor, and responded to his never-ending request to be heard. What he asked, however, hit me like a ton of bricks.

As I shut down the tractor, I found the last piece of patience I had and gave him my undivided, dehydrated, and tired attention. He proceeded to ask this question:

“Dad, why is it easier to be mean than it is to be nice?”

After I internalized what he said and physically shrank in my seat, I had to respond to him from a place of humility. In all my life I had never ever asked myself that question, and here at 8 years old he wants to know.

“Son, being nice can be very difficult sometimes, especially when you’re tired and your emotions are trying to take the driver’s seat. Being nice requires a lot of patience, self-control, and at times, a whole lot of strength. Being mean is just the opposite.”

The dairy life is not an easy life. It never has been. But raising a family and animals together, although a blessing, can be even more difficult to manage. The stresses of life can be demanding, but the love you portray in those times to those around you, especially as an example for your children, can have permanent impacts for generations.