Milk’s purity is part of our heritage

Untouched by human hands, the process of producing milk has a long history of quality standards. 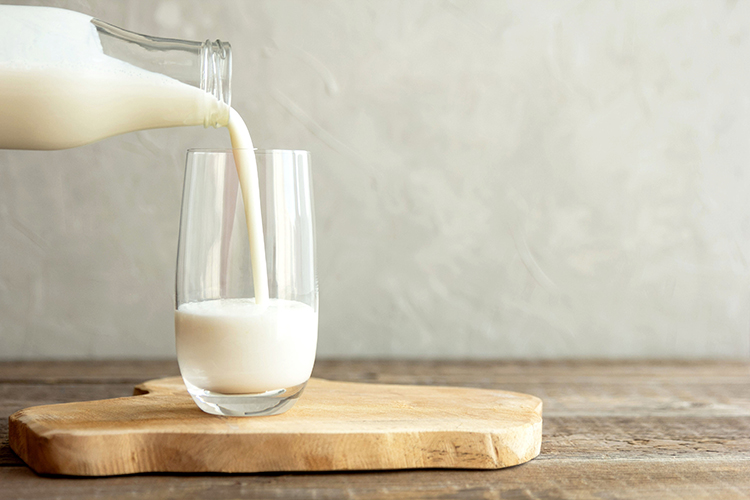 There were few responsibilities on the family dairy farm that I dreaded. I was able to find joy in most of my assigned tasks. However, there was a short list of duties that I groaned about when told to complete.

Frequently, I was instructed to wash the exterior of the pipelines and the milk house. As a kid, the last thing I wanted to do was scrub high places with water streaming down my arms when I would rather be working with the animals.

At that age, I failed to comprehend and acknowledge the pride dairy farmers take in producing nature’s purist product. The tradition of storing and transporting milk through the most sanitary system has evolved since its early foundation.

According to the United States Department of Agriculture (USDA) exhibit “The American dairy industry,” the foundation of clean, quality milk began in the late 1800s. Similar to today, farmers recognized the consumer’s voice and the impact it has on the dairy industry.

In the meantime, there was a switch from when every household owned one or a few cows to provide meat and milk for the family to a layout like we have now. Cattle became more exclusive toward either milk or meat purposes, and people moved to a lifestyle where they could rely on their food coming from the store as opposed to their backyard.

To maintain a pure product without the contamination of air, dust, and hair, the Mehring milk machine quickly emerged in 1896. Operated by peddling with their feet, the farmer was able to milk 20 cows per hour, a record speed in those times. The National Museum of American History Behring Center states that the unique use of hose allowed for a more sanitary process.

Within the same era, pasteurization became an emerging tool to ensure purity. Although it cannot be considered 100% effective, pasteurization is a critical safety net to reduce the likelihood of bacteria that can be found even on the cleanest of farms.

In 1895, the USDA established the dairy division to set a standard for milk production quality. With the passing of the Meat Inspection Act of 1890, USDA inspectors could enter facilities and score their findings. The scorecard included categories such as milk handling, employee cleanliness, herd health, and milking system sanitation.

While we are no longer in awe at the Mehring milking machine for its innovation and speed, the idea of sanitary practices lives on. Guaranteeing a safe product for our consumers builds a foundation of trust in dairy farm practices. Although it did not seem like it in the moment, washing pipelines is just one way to uphold the tradition of providing a pure product.