Making the most of the land

For a central Wisconsin dairy farmer, planting crops on the 150 acres surrounding the barn was not productive; turning that land into a rotational grazing system best suited the herd’s needs. 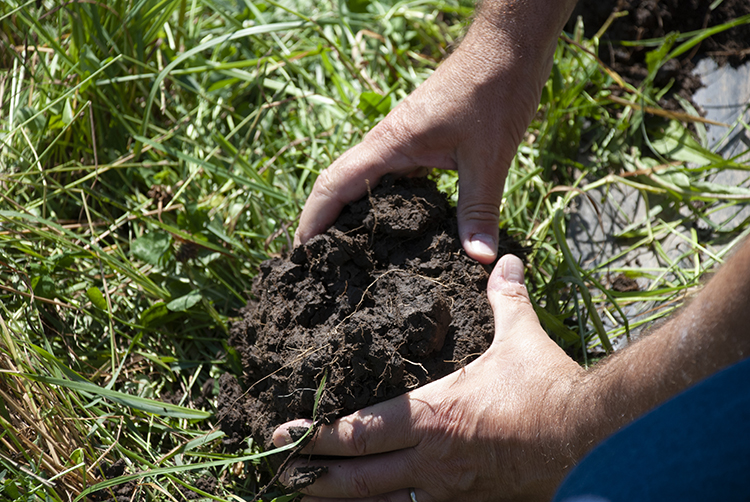 Not all farmers get lucky with the soil they have to work with. While some are fortunate to have prosperous yields year after year, others must be creative about how they use their land and innovate to be productive.

For Leslie Holtz, a Wisconsin Rapids, Wis., dairy farmer, completely relying on crop production to feed his organic dairy herd was not the answer. He stated that the farm surrounding his swing parlor has heavy soil that locks in moisture and is not ideal for planting crops. “It’s just really poor grain land,” he shared. When hosting a pasture walk through the Dairy Grazing Apprenticeship, he explained that he uses 150 acres out of his 450 acres for a rotational grazing system.

When it comes to maintaining the pasture, he stated that he will cut the grass to restore the nutrients. “A lot of times, I like to leave the clippings lay for organic matter,” said Holtz. The pasture naturally has quack grass, and he plants alfalfa, perennial rye grass, and fescue.

Holtz started Holtz Dairy 27 years ago. He rents the land and facilities to care for his herd of 100 crossbred cattle. He operates a seasonal calving system, meaning that he breeds or purchases animals to calve in the fall. At the beginning of his farming career, he bred his cattle to calve in the spring, but said that the summer heat was tough on the herd. “Come June, the first hot spell you got, milk would crash, and we didn’t have the facilities to keep them cool,” Holtz said thinking back to his previous calving system.

During the summer, the cows progressively enter their dry cow stage. At night, the animals are invited to graze on the pasture since they prefer to stay inside the ventilated barn during the day. Holtz and his staff use portable electric fencing to move the cattle from one pasture to another. Throughout the summer they move in each direction around the farm. When cattle are not on the pasture, they have access to silage that is grown on his farmable soils. On average, the herd produces 30 to 40 pounds of milk per cow per day with 3.94% fat and 3.12% protein.

When moving cattle across the road, Holtz has become innovative for the safety of his cows. He shared that he will move the cattle early in the morning in an attempt to avoid traffic on the county road. Before sending them across, he will connect a wire from his permanent lot fencing to the temporary fencing. He will also set out flashing signs to slow down the traffic.

Once prepared to move the cattle, he gathers them near the road and will release them all at the same time. He stated that it takes only a couple of minutes for the herd to cross the road and most drivers have been patient when waiting. Water is delivered to the pasture across the road when it is being used. When it comes time to return the cattle home, he will repeat the same steps.

Holtz has been able to accommodate for the land he was given. Although he is unable to effectively grow crops on the fields surrounding his milking herd, he was able to create a successful grazing system.