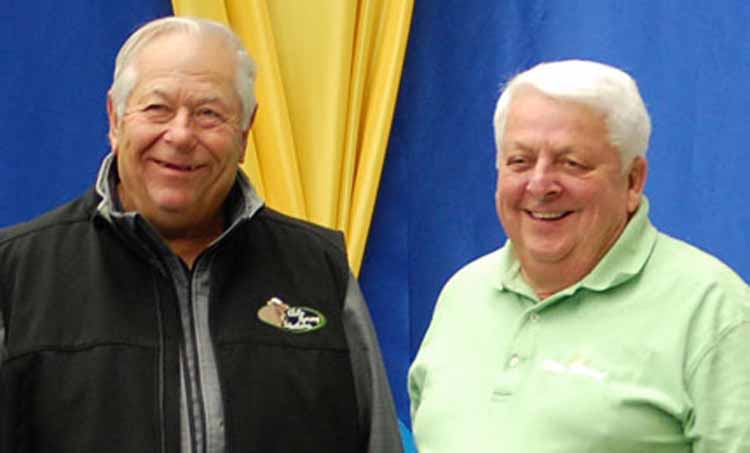 Ken Main and Peter Vail have been selected as the 2021 McKown Master Breeders
On behalf of the Klussendorf Association, World Dairy Expo® is pleased to share that Ken Main and Peter Vail, along with their Cutting Edge prefix, have been selected as the twelfth recipients of the Robert “Whitey” McKown Master Breeder Award. This award honors exemplary breeders and herds that have been successful at showing and judging dairy cattle. The winners embody all of the qualities associated with the Klussendorf Award, including character, ability, endeavor, and sportsmanship.

Earning six Grand Champion titles at World Dairy Expo in addition to the 2018 and 2019 Supreme Champion banners with Cutting Edge T Delilah 2E-95, Main and Vail are no strangers to Expo’s Showring. They have been named Premier Exhibitor of the International Brown Swiss Show for 13 consecutive years and Premier Breeder annually since 2016. Main and Vail have had an All-American winner every year since 2003, with as many as 17 nominations at one time. These dairymen are also regular exhibitors at state, regional, national and additional international shows.

Production goes hand-in-hand with type when the name Cutting Edge comes to mind. At the time of their dispersal sale, the herd’s production average was 21,650 pounds of milk with a 4.6% butterfat and 3.7% protein test.

The Cutting Edge prefix is a renowned name in the dairy industry and will be for generations to come. Main and Vail’s collective passion and ambition for enhancing the registered dairy cattle industry is unmatched, and it is the reason they have earned the honor of being named the 2021 McKown Master Breeder Award winners.

Serving as the meeting place of the global dairy industry, World Dairy Expo brings together the latest in dairy innovation and the best cattle in North America. Crowds of 60,000 people, from nearly 100 countries, will return to Madison, Wis. for the 54th event, September 28 – October 2, 2021, when the world’s largest dairy-focused trade show, dairy and forage seminars, a world-class dairy cattle show and more will be on display. Download the World Dairy Expo mobile event app, visit worlddairyexpo.com or follow WDE on Facebook, Twitter, LinkedIn, Spotify, Instagram or YouTube for more information.
In Industry Buzz 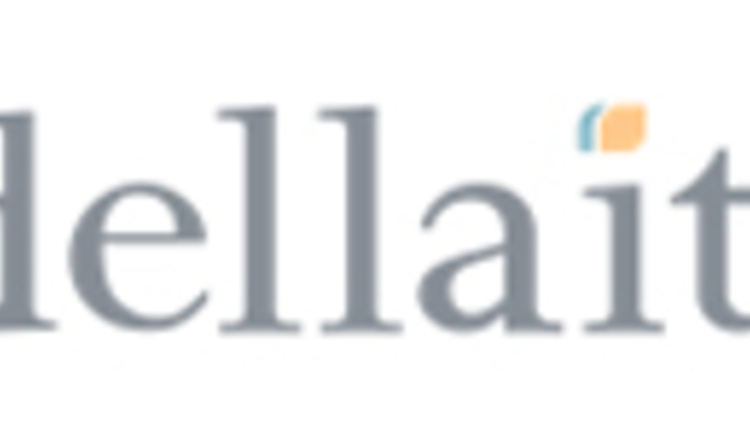 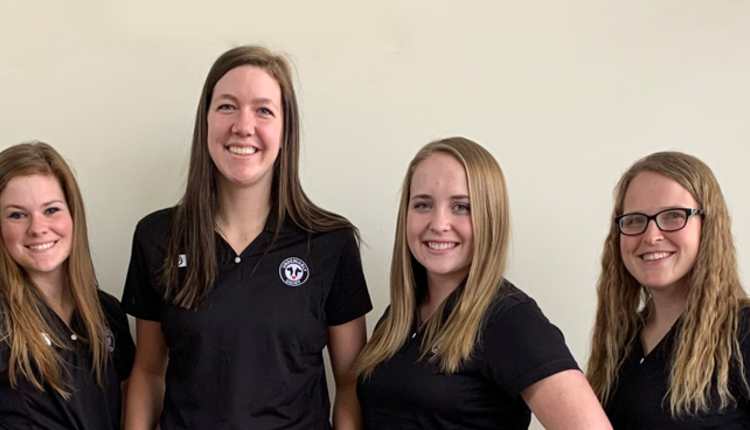 Dairy Calf & Heifer
There are new guidelines for feeding calves