My farmer roots and I were a package deal. 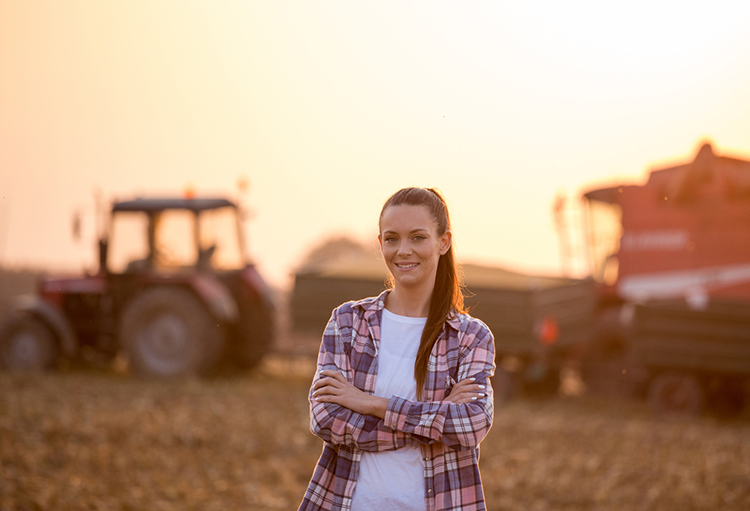 My husband married a farmer. He’s an outdoorsman, but he’s not a farmer. I may no longer work on the dairy, but the farm deeply instilled some qualities that I know will never leave:

1. Doing it yourself. I am a big proponent of DIY fixes and builds when they make sense. I used to resort to DIY whenever possible, but I’ve since wised up and learned that sometimes it can be more efficient and less expensive to just give it to the pros. That’s definitely not my first instinct, but I’m coming around to it.

2. Frugality. I’ve learned that frugality can be walking a tightrope with cheap. I try to keep this in mind and weigh cost versus value. Saving a buck today only to have to spend twice as much tomorrow is not smart. It’s okay to pinch pennies, but sometimes upgrades can be worth the added expense. I just hate the idea of wasting hard-earned money!

3. A hearty appetite. I was in a meeting the other day when some people mentioned they often forget to eat. Now I certainly can understand being too busy to eat, and maybe that’s why I rarely decline a meal opportunity, but I definitely need food to keep going!

4. Always moving. The idea of sitting on the couch for long periods of time sounds like torture to me. When I am home, I’m always doing something (in addition to parenting). You’ll never find me sitting in front of the television. Even when a big game is on, I’m multitasking.

5. Thinking scientifically. Animal science and human medicine have so much in common that I often refer to experiences on the farm even when in places like the doctor’s office. Thus, I still can’t wrap my mind around people wanting their bodies to be in ketosis with a “keto” diet! That was never a fun situation with dairy cattle.

6. Tools. I enjoy power tools and have quite a few that have served us well. I also have a good stash of hardware and scrap wood. You never know when you’ll need it!

7. An affinity for good storage. Admittedly, I have a tendency to keep more things than necessary. On the farm, every spare part was of value. At home, many times I have already gotten my money’s worth out of something and yet I’m still holding onto it. This is a work in progress. Minimalism is probably too extreme to be attainable, but I certainly don’t want to be a hoarder!

All of these traits point to the inherent nature of farmers: resourceful, active folks who take initiative and are naturally cost-conscious. Recognizing the related faults of some of them has been an ongoing lesson, though I do believe the upsides far outweigh any of the stubborn resolve that may also tag along. It doesn’t matter your gender; these qualities are born out of farm life. I appreciate that marketing is starting to show women’s long-known participation and its lasting effects.