Health is physical and mental

No matter their source, wounds fester until we deal with them. 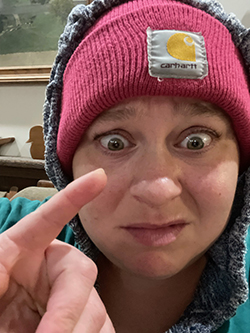 I live in an old farmhouse. It’s got a creepy dirt basement, splintery old floors, and drafty, well, drafts. Last night, on my way to the bathroom, I stumbled, threw out a hand to catch myself, and got a splinter in my finger. Twelve hours later, it doesn’t hurt; but we all know how this is going to go, right? I’m going to pick at it, absentmindedly, all day long because it’s not really bothering me, but I should get it out. The next day, it’ll hurt a bit when I bump it directly, but it’ll work itself out. Until it doesn’t. By Day 3 of what I’ll then be calling “Splinter-geddon,” half of my pinky will be red, tender, and painful. I’ll be extra annoyed. There may be swearing, and I’ll be irritated with everything and everyone around me. Eventually, I’ll end up digging the splinter out along with a half a pound of flesh because I’ll do anything to make it stop hurting. The end result will be a literal wound. Instead of a tiny mark that would have healed in a day, it’ll hurt for a week, and everyone will see the scar. By the time it’s all over, I will have wished I had just dealt with it properly in the beginning at least a thousand times.

Okay, that may have been a slightly dramatic retelling of “Splinter-geddon 2021,” an event we’ll all need therapy to recover from. But do you know what else it is? The perfect analogy to prove how ignoring your mental health can snowball into a serious problem. It starts small. Maybe you notice it but maybe you don’t. But it’s manageable and you’re busy, so you ignore it. You’ll get to it eventually.

Slowly, steadily, it gets worse. I mean, you kind of knew it would. You weren’t addressing it, but it’s not like it was a major issue in your life . . . until it was. You’re feeling extra annoyed. There’s swearing; and you’re definitely more irritated with everything and everyone. If you want to, I’ll give you a second to scroll back up and read the same sentence from the splinter story. Because as you’re reading this you know it’s true — except the end result of ignoring your mental health is much more devastating than ignoring a splinter. Even my overly dramatic imagination can really only see “Splinter-geddon” ending in a possibly amputated pinky finger, but ignoring your mental health, yikes.

I feel like I’ve written this article a dozen times. But if saying the same thing in a different way reaches the right person at the right time, I will never stop saying it. Your mental health is important. At times in your life, it will be more important than your physical health. It isn’t easy. Treating it isn’t easy. But it’s necessary. And it’s worth it.

*Note: please direct your condolences regarding “Splinter-geddon 2021” to @seejessfarm on Instagram. Your thoughts and prayers are appreciated.