High quality nutrition must be available to everyone. 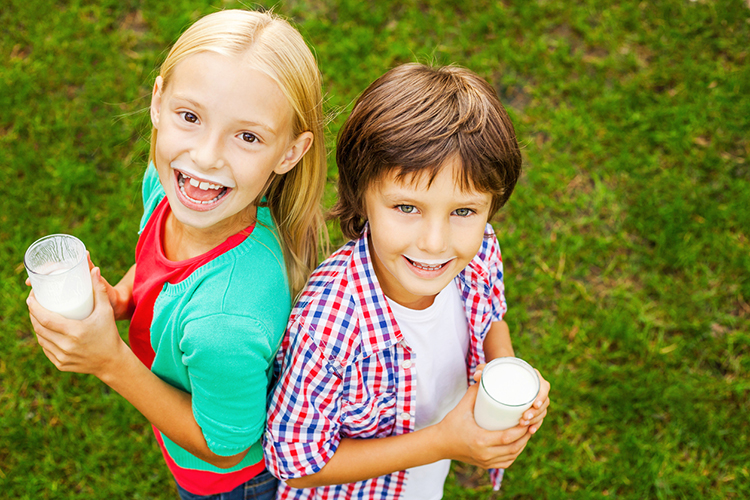 Food security is often one of the first things addressed when a community is struggling. This is as true for unexpected disasters like a devastating hurricane or the loss of a loved one as it is for longerterm issues like poverty. Along with clean water, nutritious food is the most important thing humans need to survive and thrive.

For thousands of years and numerous generations, animals have been supplying that need in the form of milk, meat, and eggs because the nutrients found in those foods are rich, diverse, and bioavailable to humans. In recent decades, farmers, scientists, and agriculturalists have developed methods that allow humans to access this nutrition with less and less impact on the environment around them. The food web of humans, animals, and plants continues to give and take between each section while becoming more efficient and less wasteful.

Removing animals from that food web is a call that seems to grow louder and louder with no practical answers as to how the food supply would be impacted. That question is what led Mary Beth Hall from USDA’s Agricultural Research Service and Robin White from Virginia Tech to do research that was published in the Proceedings of the National Academy of Sciences and discussed by Hall during World Dairy Expo.

“The key thing about them is they convert resources,” Hall said of food-producing animals. She and White modeled how those resources (including land, human-inedible by-products, and grain) would be affected and influence the food supply without animal agriculture.

They took into account nutrient availability for 36 different nutrients for people as recommended by the Food and Agriculture Organization. They also considered the amount of food that would be needed for the more than 145 million pets in this country, which is often made with animal proteins.

The pair found that no longer raising farm animals converted 56.2 million tillable acres to human food production. However, 415.3 million acres of pasture and rangeland were removed from food production. That means only about 13.5% of that loss would be recovered.

At the same time, 47.6 million tons of human-inedible by-products would need to be repurposed or disposed of in another way. Roughly 1.6 million people would need to find another source of employment.

Total food production grew 23%, but this was mostly from grains. Anti-animal agriculture advocates may believe that land removed from animal farming could support more fruit and vegetable production, but Hall said that due to climate, soil properties, and water availability, this would not be the case. “We don’t have the ability for more fruits and vegetables,” she said. “These are high value crops. If they could be produced, I’m not sure why they wouldn’t be already.”

Hall also shared that a food supply without animal products would result in more nutrient deficiencies and the need to consume more “dry matter” of food to get closer to nutrient recommendations. “Micronutrients would be the problem, not macronutrients,” she said.

She specifically pointed out calcium and vitamins A, B12, D, E, and K as deficient in a diet without animals.

These shortfalls would allow the U.S. to reduce its greenhouse gas emissions by just 2.6%. The study did not dig into nutrient supplementation, but Hall emphasized that these needs would have to be met equitably across the population, which would be difficult. “We don’t need haves and have nots,” she said.

This returns to the question of food security. To allow people to be able to live their lives to the best ability, high quality nutrition is the cornerstone, and animal proteins can make it possible. There is always room to further improve, but as Hall said, we have to be sure we are headed in the right direction.