Some of the animals we work with show off strong personalities. 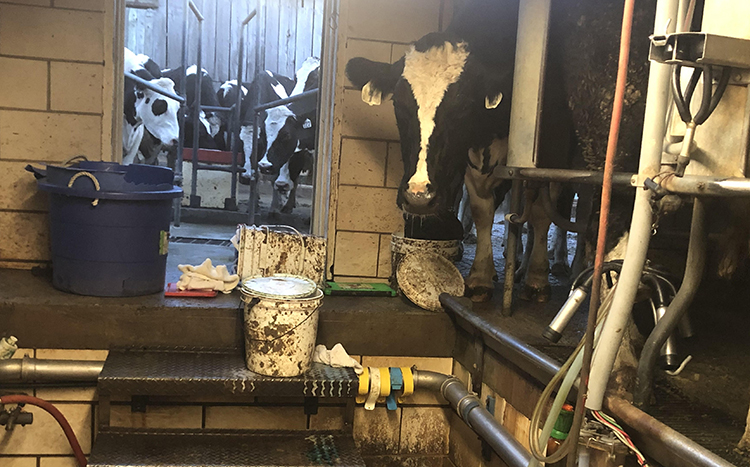 Have you ever had that one cow that seems to be smarter and more ambitious than the rest? The one that always wants all the attention no matter what she must do to get it? The one that knows how to unlatch a gate, turn on the feeders, and cause all the mischief she can just because she can? The one that knows she owns you and not the other way around? Yeah, I have one of those. We call her Buddy.

Valentine’s Day has always signified the beginning of spring calving season for our replacement heifers. We have calves year-round with no defined “season,” but we do have spurts — one in the spring and one in the fall. The heifers typically calve in the spring, while the cows calve in the fall. In 2015, one of the heifers in our herd gave birth to a small, beautiful little heifer calf. This heifer calf would face many challenges throughout the years but would also capture the heart of anyone and everyone who met her. Within the first week of life, she dealt with chronic pneumonia that would leave damaging effects on her lungs. For weeks, we each took turns going into her hutch, giving her medication and feed to try to help her through it. Eventually, she became known as “Little Buddy,” and one day, my granddad decided to let her roam free. That’s where it all started.

“Little Buddy” soon became known as just “Buddy” because we were constantly having to get her out of trouble. If we left a bucket of feed where she could get it, she would eat all she wanted and spill the rest everywhere. She would steal milk out of the buckets we set aside for calves, and she’d always butt her way into your arms or just hit you in the back, whatever she felt was appropriate at the time. As a bred heifer, she would sneak into the parlor and steal the cow feed until we eventually had to put her back with the rest. We thought that when she calved, she’d calm down, get into a routine, and stop causing mischief like all the others, but we were wrong.

As a cow, Buddy has learned to open the gates to the parlor, turn on the feeder, and let herself in. We have even had to start double chaining gates to keep her from eating too much. She found the only hole in the fence that contained a three-foot drop to the ground. She would often jump down and run around the farm getting into feed and antagonizing the others. Then at milking time, she walks right back to the gate to be let in. Some days, she comes in, milks, and leaves, but most days, she throws the towel buckets around or rubs her head on the fan to get our attention. She is quite the character here on our farm and keeps us on our toes.