Cows have personalities with each other just like we do. 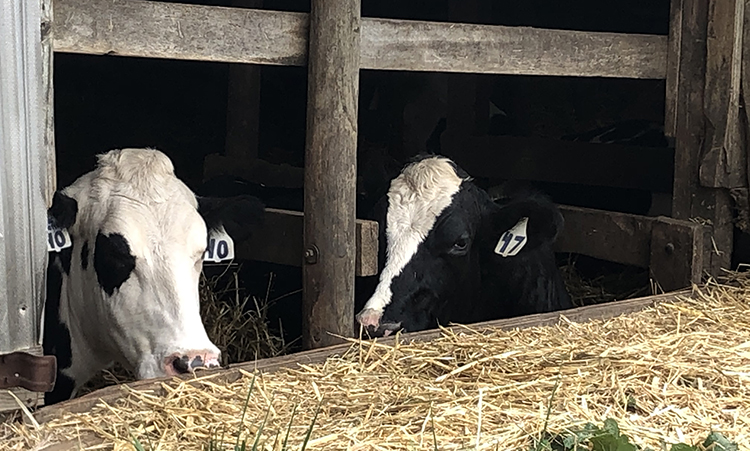 In 2018, I officially took over the milk herd at the farm. While growing up, I made my way through the ranks. I started out as a five-year-old helping my grandfather feed the calves their buckets of milk. At 12, I was promoted to youngstock feeder where I fed calves from newborns to yearlings grain, water, and hay twice a day. I adjusted rations based on age and ensured the health of the cattle by doing daily health checks, vaccines, tags . . . the whole shebang. At 17, I took an A.I. course and became a breeder like my father, and that’s where I first began my journey with the milk herd.

When I started breeding the cattle, I started wanting to know more about them. I could look at papers all day long, but I wanted to see what kind of animals they are and how I can make the next generation better. So, I started milking cows and I loved it. I loved watching them make their way into the parlor, five at a time. Some would come in fast, while others waited until the very end. However, I soon caught on to which cows liked each other and which ones did not.

For example, in the picture above, 40 and 47 are laying side by side in the freestall barn. They are looking outside at the mountain and enjoying the nice breeze blowing through their hair. Every day, the two of them lay side by side. Every now and then, one will lay its head on the other and take a snooze in the warm sun. They don’t speak or really communicate; they just enjoy each other’s company.

Unlike 40 and 47, Buddy and Trigger are not friends in the least. Every day, Buddy makes it a point to lock Trigger in the parlor. She knows when Trigger is in the parlor and will either come in, turn around, and shut her in by shutting the gate with her nose, or she will go outside and press the button to close the main door. When they are outside, Buddy picks on Trigger by either hitting her in the stomach with her head or trying to push her against the wall. Trigger is twice Buddy’s side, so normally she just hits Buddy off or goes after her, and then Buddy cowers in the corner.

Cows are very interesting creatures, and I thoroughly enjoy getting to know them and understand them. It’s fun to see which ones are friends and which ones most certainly are not. Just like people, each cow is different, and no two cows are ever the same. Learning which ones get along and which ones don’t is key for a successful operation.