Entries from the Hoard’s Dairyman Farm Creamery did well at the world’s largest dairy products contest. 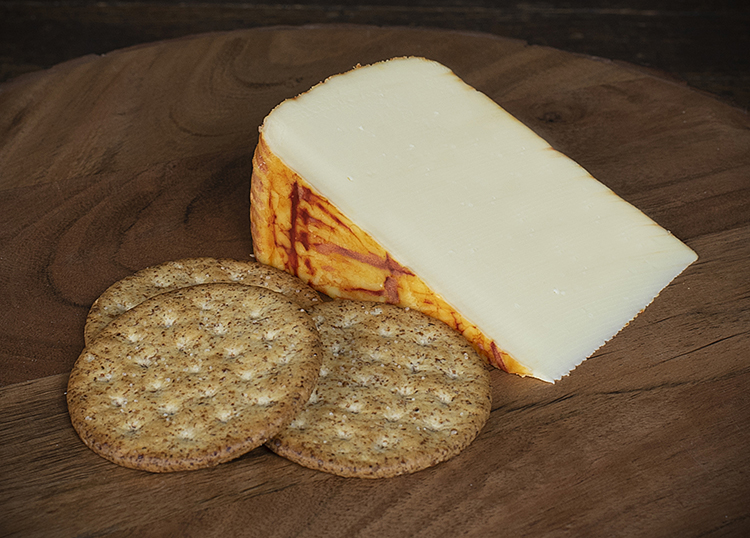 Last month, athletes from around the world competed on the grandest stage of all during the 2022 Winter Olympics in Beijing, China. This month, another competition took place at the global level, but this time, the competitors were varieties of cheese.

Yes, you read that correctly. The World Championship Cheese Contest was held March 1 to 3, 2022, in Madison, Wis. It is hailed as the largest technical cheese, butter, and yogurt competition in the world. This year’s event included nearly 3,000 entries across 141 classes, featuring cheeses from 29 countries. Fifty-three cheese connoisseurs from 16 different countries judged the entries at the Monona Terrace Convention Center.

A few years ago, the W.D. Hoard and Sons Co. started selling cheese made with milk produced at our Hoard’s Dairyman Farm. Located just a mile and a half from our office, our herd of registered Guernseys is housed in sand-bedded freestall barns. A majority of the herd is milked using voluntary milking systems, while the rest of the cows are milked in a herringbone parlor. 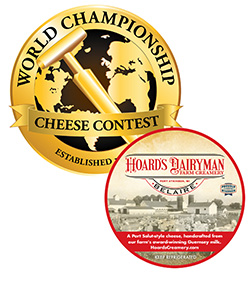 Today, we make and sell five varieties of Hoard’s Dairyman Farm Creamery cheese. All five varieties were entered in the World Championship Cheese Contest, and they did well among the tough competition.

Hoard’s Dairyman Farm Creamery’s Sark, a triple cream butterkase cheese, competed against Belaire and finished sixth in the very competitive class. “To place well is a credit to our Guernsey cows and our detailed cheese-making process,” she continued.

Another Hoard’s Dairyman Farm Creamery entry was Gouda (aged 4 months and under), which ranked in the top one-third of its class. “Our Gouda competed against cheeses from the country that developed Gouda! To do that well, it really says a lot about our cheese’s flavor, body, and texture,” explained Speich.

The two-year old cheddar was in the top 40% of its class. Our Gouda (aged 4 to 10 months) and St. Savior varieties also had strong showings. “With the number of cheeses entered in this global event, the competition is stiff. We are very pleased with our Hoard’s Dairyman Farm Creamery results. We are looking forward to showcasing our cheeses at future international competitions,” shared the creamery director.

A gruyere cheese from Switzerland was named the overall champion of the contest for 2022. This was the second win in a row and third win overall for this particular cheese.

To learn more about the Hoard’s Dairyman Creamery, visit: www.HoardsCreamery.com.