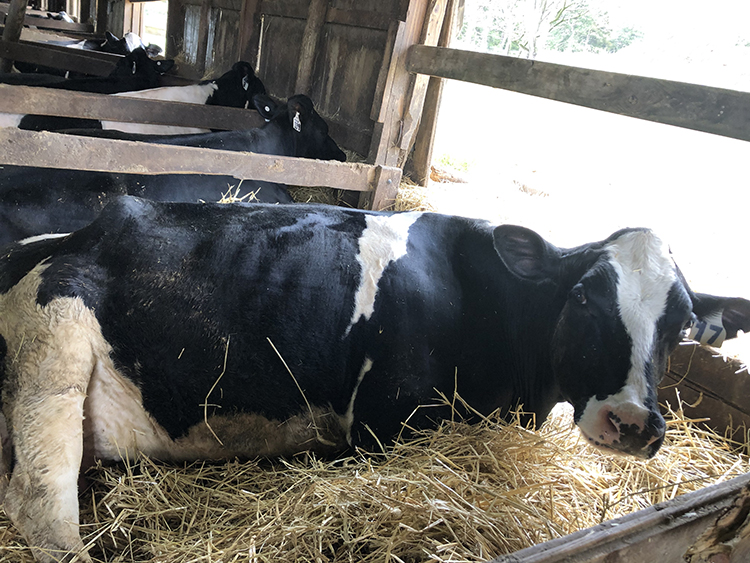 Remember back in elementary school when the teacher would assign seats for us? And remember how much we all hated the seating chart? When we got to middle and high school, we thought for sure we would switch seats every day and see new faces. However, we stayed in the same place each day until the end of the year because humans tend to be creatures of habit. We like certain aspects of our daily lives to remain the same. Whether it’s waking up at the same time, driving a certain way on your daily commute, or enjoying Starbucks every single morning, we all have our little “quirks” to get us through the day.

Cows are no different. They eat the same thing at the same time each day, they get milked at the same time, they sleep at the same time, and they even stay in certain stalls 90% of the time. Last weekend, when the time changed, the cows went from being laid back, easy-going milkers to these spaz-tastic, sporadic, psycho animals that didn’t know which way was up or down. I finally straightened them out and got them up and going again, but the time change definitely works on them.

Let’s talk about freestall barns. We have an 80-stall freestall barn that houses 67 of our cows, plus a 300-foot pack barn that houses 54 milk cows and 60 dry cows and heifers. We’ve all seen videos, pictures, and TikToks or have experienced what happens when a cow doesn’t get her stall in the freestall barn. In every video I have seen, the cow will lean on the other with her head until she gets her stall back. I want to know whose cows do this — mine are nowhere near that nice. Mine will buck, stomp, kick, and literally “yell” at a cow that is in their stall.

The cow in the picture is good old 47. This cow is sweet as can be to humans, but she is at the top of the pecking order in the herd. She has no problems putting other cows in their place. I have seen her push and shove other cows at the feedbunk or in the holding pen. The one thing she will attack a cow for is taking her stall. In the picture, she is in her stall. You can always find her there, and no other cow dares to touch it. She will buck and kick a cow until they leave her stall. The moral of the story is don’t mess with her space.

Cows and humans are very similar in their habits. They are both routine-oriented creatures and do not like disturbances in their days. It’s odd to compare the two, but it makes sense. You like your bed and coffee; cows like their stalls and feed. Similarities in personalities is what makes my job amusing.