Discussions about a farm’s transition should be intentional with all vested parties at the table. 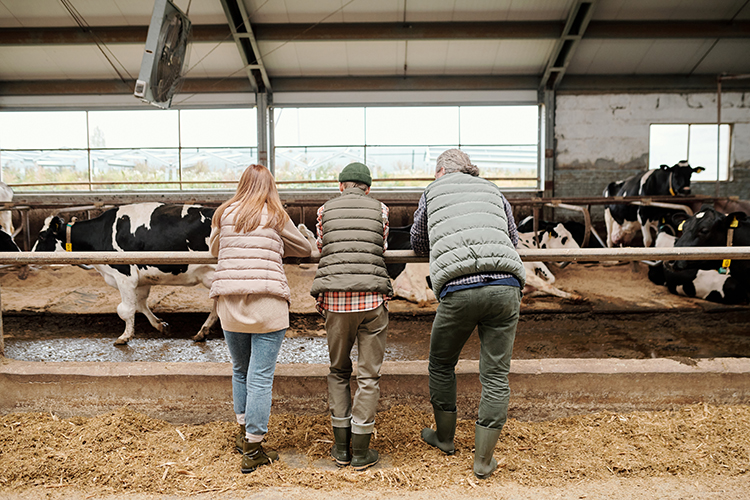 A family farm business is often passed from one generation to the next, but that transition doesn’t happen seamlessly in most cases. When personal relationships and business decisions are intertwined, it can be difficult for some families to work through.

Kramer McConkey, a rural mental health specialist with the Minnesota Centers of Ag Excellence, said, “You need to have transition meetings. It can’t just be passive comments . . . It has to be intentional.” She emphasized that all players need to be at the table, because this is when decisions are going to be made.

Whether it be an outside consultant or a member of the older generation, she said that someone should talk to all people involved individually prior to the first meeting, to better understand where each person stands and what their goals are.

Many businesses have a written mission statement, vision, and goals, but Kramer McConkey said this often does not happen on farms. She encouraged the team members to evaluate the business together and discuss where everyone sees it going in the future.

Each meeting needs an agenda, and Kramer McConkey said this should be distributed to attendees beforehand. She advised against making the agenda too long and instead, allow more time for discussion.

When tasks are assigned, Kramer McConkey said that realistic timeframes are really important. Be sure that short-term goals are embedded within the larger, overarching goals, and meet regularly to assess progress and to determine what should happen next.

She said it is also important to determine what each person’s role is  currently, during the transition, and post-transition. If the older generation wants a role post-transition, Kramer McConkey said to talk about what that looks like.

During meetings, promote compromise on disagreements and have an open mind. “It doesn’t always have to be black or white,” she said.

Conflict can be common in these discussions, so Kramer McConkey said prevention is key. Set ground rules for meetings and keep the Golden Rule central – treat others as you want to be treated. If the discussion becomes too emotionally elevated, she said to take a break.

Active listening should be emphasized. She said when we listen actively, we are listening to hear someone and understand them. We should not be formulating our own opinion and response while they are talking.

If a team member is silent and not participating in the discussion, Kramer McConkey said to talk with them separately to determine why and empower the individual to speak up during meetings.

If the farm is in a financially viable position to be transitioned, Kramer McConkey encouraged the farm’s younger members to recognize the contributions made by the older generation. “The older generation needs to be honored for their lifetime commitment to keeping this farm going. A lot of farms aren’t around anymore,” she said.

On the flip side, she also reminded the audience that both generations should be open to the idea that the farm will likely look different after the transition.

“The operation is going to change. That’s okay. It should change,” she said.

While succession planning will take time and effort, scheduled meetings and open communication help everyone have their voice be heard during the process. This will hopefully lead to a more agreeable outcome for all involved.