By Matt Gould
The author is an editor at The Dairy & Food Market Analyst. 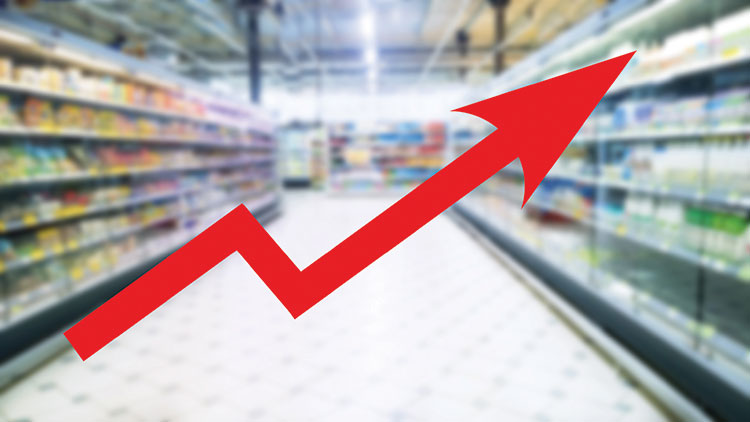 Prices of nearly everything have escalated over the last year. The price hikes have been so dramatic that a “young person” who didn’t live through the 1970s and early 1980s has never seen such a surge in costs. For them and myself, these times feel unprecedented.

Based on my straw poll of producers, average wages and benefits have climbed more than 10% on U.S. dairy farms compared to a year ago. Farmers everywhere are still struggling to manage through this extremely tight labor market. Prices of equipment, parts, fertilizer, hauling, and construction have also surged double-digits. In addition, feed costs have shot to the moon. But there are significant regional differences, depending on drought conditions and purchased versus grown feed.

In California, where dairies typically buy a high percentage of their feed, hay prices have risen about 50% from a year ago with dairy-quality hay currently trading around $450 per ton. We can blame drought for this. I estimate that the cost to produce milk in the Golden State rose to a shocking $24.55 per hundredweight (cwt.) during May, more than $2.50 per cwt. above the cost to produce milk in the Upper Midwest.

Once upon a time, dairy farmers moved to the West to make cheap milk. But today, milk prices — both current and projected — may not be high enough to support the emerging cost structure of those dairies, while farms in the Midwest are experiencing near-record profitability.

To find a comparable high-cost period, we have to go back to 2012, which triggered a reduction in the number of dairy cows in the West. That being stated, maybe there is no true “comparable” period. Regardless, it’s clear that inflation on dairy farms is not evenly spread throughout the country, with Western dairy producers experiencing even more severe cost pressures than producers elsewhere.

Inflation is also not spread evenly for American consumers. The Bureau of Labor Statistics estimates the prices of goods are up an average of 8.3% in the country. However, food-at-home prices have risen more than that and are up 11%. For the poorest among us, food inflation matters the most.

Walmart executives are reporting that low-income consumers in the U.S. are having to make hard choices. To save money, they’re trading down from gallons of milk to half-gallons. Demand for more discretionary food purchases have also slumped, including ice cream novelties, packaged cheese, and branded butter.

The impact of food inflation is even more dramatic outside the country. The U.S. Department of State estimates the number of people living in “acute food insecurity,” the level when a person’s inability to access adequate food puts their lives in immediate danger, has skyrocketed from 108 million people in 2016 to 161 million people in 2021. With the spike in grain prices in 2022, that number is sure to be significantly higher today.

As we learned in the early days of the pandemic, unusual times bring about new and, from a historical perspective, unusual government policies. Along those lines: last month, Congress approved $5.5 billion in additional funding for humanitarian assistance and food security, which was embedded in the $40-billion aid bill for Ukraine. We have yet to see what those dollars mean for dairy products, especially long-shelf life ones such as nonfat dry milk, but I think it’s safe to say that those dollars will be meaningful.

At the same time, President Biden is communicating that managing inflation has become his top economic priority for the country and is backing the Federal Reserve to raise interest rates to levels not experienced in the last decade. Jerome Powell, Chairman of the Federal Reserve, is talking about raising interest rates “past neutral” and has been praising “the courage” of Paul Volcker, who led the Fed to bring about a recession to contain inflation. Hikes in interest rates have historically been bullish and preceded milk price runs in 2007, 2011, and 2014. On the other hand, recessions are price-negative, including dairy price downturns in late 2001 and 2009.

With regards to dairy markets, there is a lot to track. The domestic demand environment is poor, farm costs are high, and there is a strong threat of recession. The government also has a war chest to spend on food and says it is keen on defeating inflation. If the U.S. dairy industry only sold products at home, the outlook would tilt second-rate. The saving grace for dairy production in all of this commotion and volatility has been exports, which are on track to set new sales records in back-to-back years.

Putting it all together, the current situation is a mixed bag. From current price levels, there are significant forces that are pushing on dairy prices to move higher, and other forces that are weighing down markets. This situation is different from earlier this year when domestic demand was solid, exports were rising, and global milk supplies were set to be subdued — and $30 per hundredweight milk was a real possibility. In fact, product prices in Europe and New Zealand did rise to the equivalent of $30 milk prices.

I believe the elevated cost structure of the industry is going to keep milk prices up at these $24-ish levels for most of the rest of the year. For dairy farmers that grow their own feed, margins will be high. But the situation is not even throughout the country and the surprises also aren’t over yet. 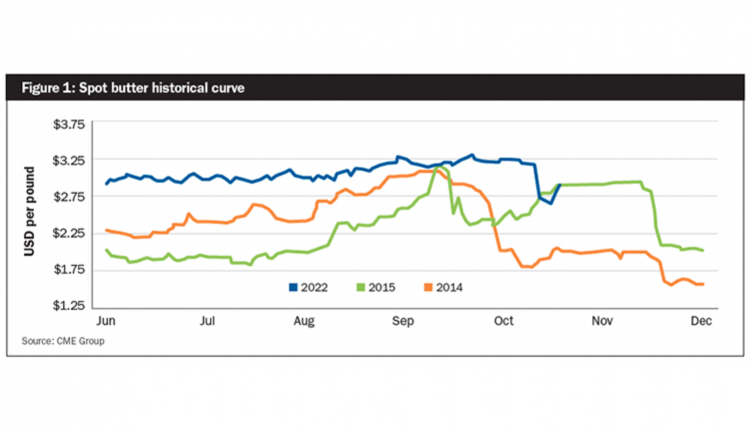 Milk Check Outlook
What does inflation mean for milk prices?