A system with randomized round advancement keeps everyone in suspense. 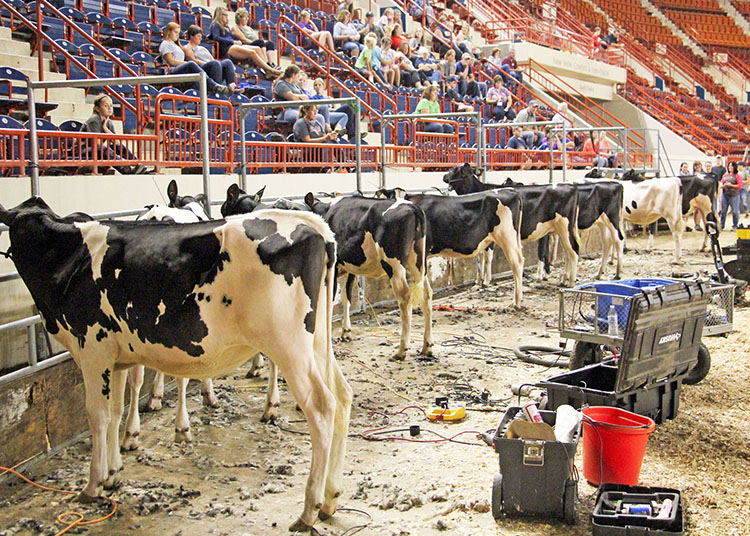 Last week I had the opportunity to attend the All-American Dairy Show in Harrisburg, Pa. The show has a huge youth component with judging contests, junior management competition, seven youth breed shows, and of course, showmanship.

This was the first time I watched the showmanship contest. It started shortly after 8 a.m., and concluded around 6 p.m. It was an all-day event for those that progressed through their heat, the semifinal heats, and then the finals. Hoard’s Dairyman is a sponsor of the contest and we present an embroidered blanket to the top 10 exhibitors in each division.

In all, there were 396 showmanship competitors in the three age categories. The three judges evaluated each heat for 20 minutes, and wrote on a clipboard the back tag numbers of the exhibitors that would advance to the next round and gave it to the contest organizer. The judge then spoke to each youth to let them know where he or she could improve. The announcer then named the exhibitor numbers that would be invited back for the semifinals. In some cases there were up to 12 heats in an age division. This process repeated itself in the semifinals.

What was unique about this contest?

In all of the rounds, including finals, the judge did not place the youth in order. Back tag numbers are announced in random order. When the judge knows the final placings, he or she writes it on the clipboard and gives it to the officials. Put another way, the order in which the youth are lined up is not the final placing order. The announcer then shares, “In tenth place is number . . .” and then follows with the youth’s name and hometown. The young member then leads out of the line to receive their medal and assorted awards. The process continues until there is just one exhibitor left . . . the first place winner.

No reasons are given to the audience. The judge shares comments privately with each exhibitor, but nothing is shared with the audience. The drama of the reverse countdown makes sharing the reasons anticlimactic. Unfortunately, those in the stands do not learn what factors contributed to the winners sorting themselves to the top.

In the senior division, when the finals of the last heat are in the ring, the judge then selects the top 10 exhibitors based on showmanship skills and gives them a first to tenth placing, which is not known to anyone. Those top youth then are given 15 minutes to head to the barn, change clothes, and grab all their fitting supplies to fit a well-behaved Holstein heifer. They can be aided by a similar-aged youth helper to keep the heifer from moving about when she is clipped. 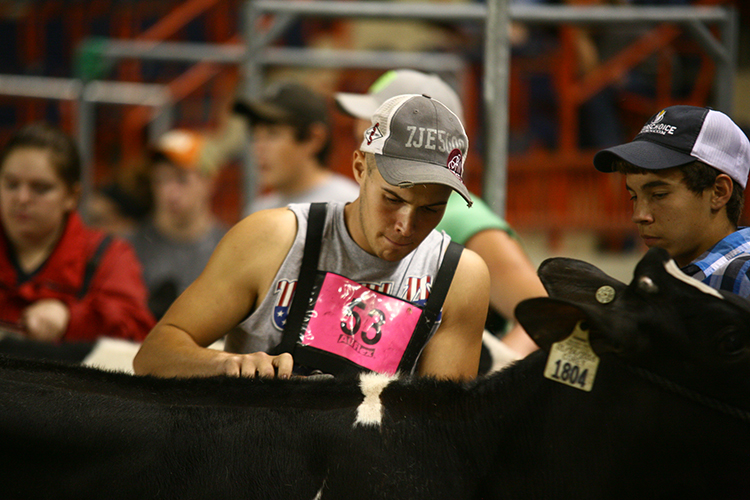 For the hour while the youth are clipping, a separate fitting judge evaluates the exhibitors and their finished product. The fitting judge then ranks the youth from first to tenth. The contest organizers then add the showmanship placing to the fitting placing. In the case of ties, the two judges (showmanship and fitting) confer and break the tie. Winners are then announced in reverse order and prizes presented.

Without names (and just numbers) being announced until the final placings have been shared, it helps keep the unbiased nature to the selection process. Exhibitors are just numbers and the crowd stays in suspense until the very end. 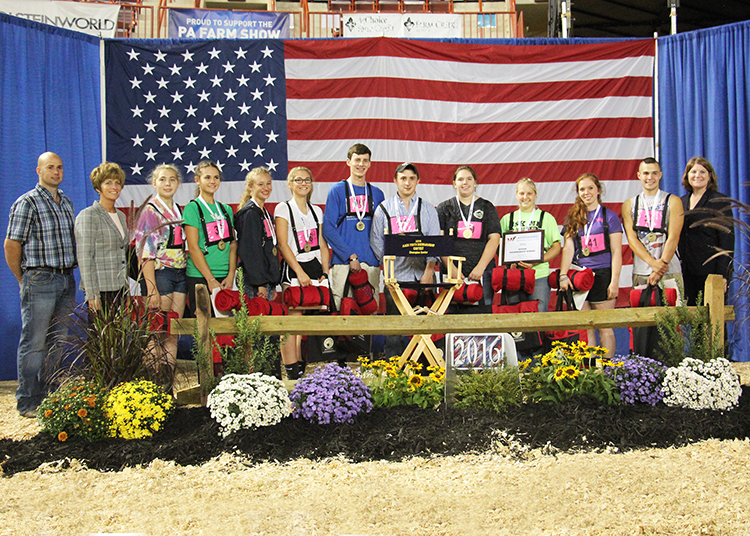 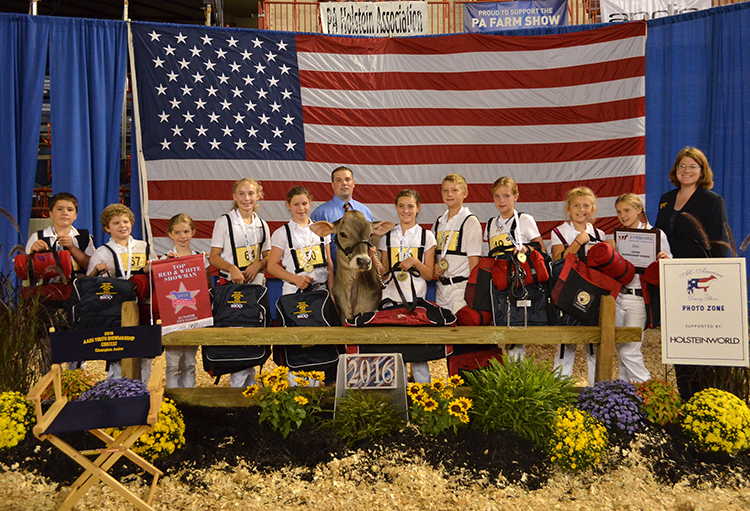