From Confinement to Grazing

By Hoard's Dairyman staff   @hoardsdairyman
Like many of us in the dairy business, our roots are planted deep in history. Not only did Dad grow up on a dairy farm and milk cows daily, but so did Grandpa. That story was true for Bill Payne of Knob Lick Farm in Lincoln County, Ky, but after evaluating the goals of his future along with the challenges of their farm - he decided to stick with dairy, but go in a new direction. Payne recently shared his experiences at the 10th Annual Heart of America Grazing Conference held January 26 in Louisville, Ky.

Payne proudly says that the farm he was raised on was a purebred Registered Holstein farm that was profitable and productive. Milk production was never an issue and their income was supplemented with a successful embryo and A.I. contract program. But with cows housed indoors a majority of the time, cows spent most of their time on concrete. Bill recalls that much of his time in the 90's was spent dealing with hoof problems.

So when his father decided to retire in 2000, and after Bill attended a local grazing school, Bill Payne made the conscious decision to not purchase the milking herd of his father's prized Holsteins. The heifers were kept, though, which spawned a new, innovative business. Payne partnered with other farms in the "heart of America" around Kentucky and Indiana and began raising - and grazing - replacement heifers for large, commercial herds in Michigan.

The transition was a new challenge for Bill Payne. Proper fencing, water access, and feeding locations were all made priorities. Payne worked with local conservation officials to adapt his grazing practices to remain a good friend of the environment. In return, he was able to receive cost-sharing benefits for some of the new grazing fixtures - like water lines. 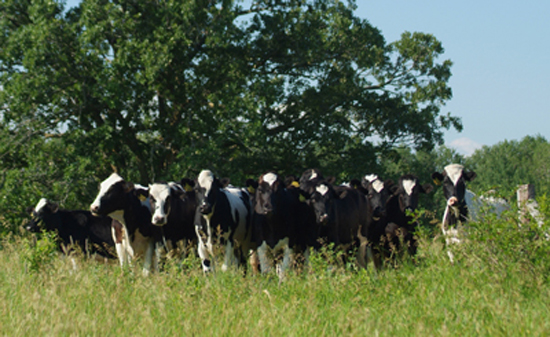 Heifers are provided with pasture from early spring to late fall, but are supplemented with soyhull pellets and a custom mineral mix (which includes Rumensin). Many of their pastures are lush with fescue (spring months) and alfalfa/orchard grass (June to September), however, Payne says their grazing toolbox comes with a variety of other grazing forages to use when needed. When many of us are harvesting corn silage, so is Payne, except his heifers are doing the work. Yes, the heifers at Knob Lick farm graze in standing corn.
Payne says "our humid climate and topography are ideally suited to grazing," recognizing the geographic strengths of his location. He concludes, "A grazing system can provide a very healthy environment for our livestock. Grazing also provides the benefits of decreased runoff into streams and reduced dependence on fossil fuels and fertilizer, if managed properly. All of this can be achieved at a relatively low cost. Best of all, Management Intensive Grazing can provide a very satisfying lifestyle for both man and livestock."
Related 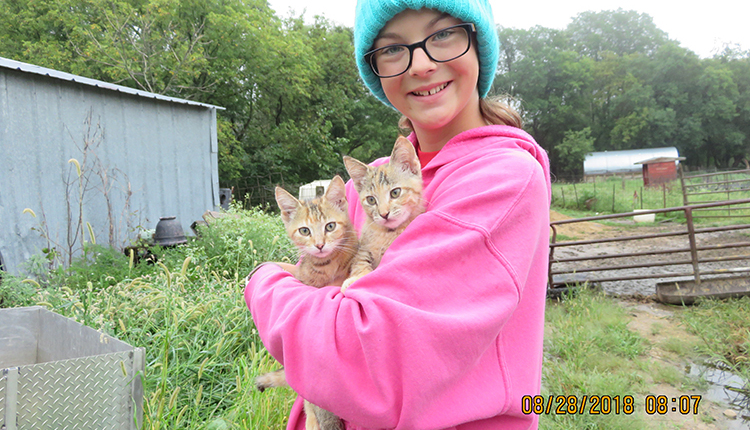 I may be a bad influence
HD Notebook
Related to:
HDN, grazing
In HD Notebook