The top milk and protein award went to a homebred Hoard’s Dairyman cow. 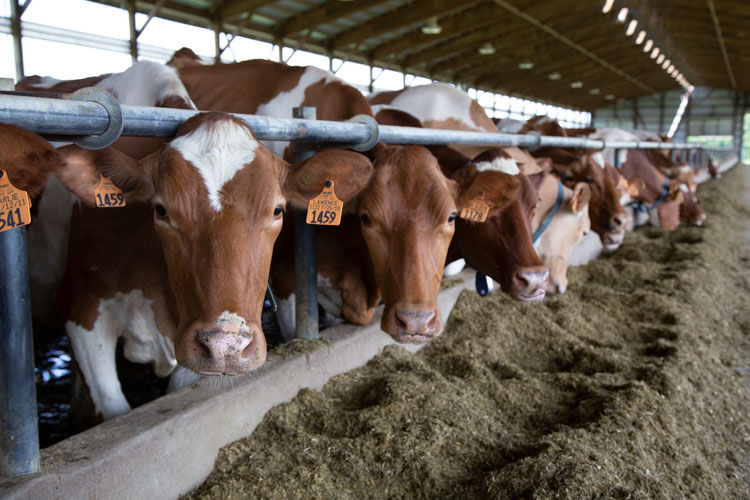 At the American Guernsey Association’s national convention held in June, outstanding cows and herds received awards for their achievements from the previous year. Jason Yurs, who has served as the Hoard’s Dairyman farm manager for 17 years, attended the convention in Dubuque, Iowa, and was present to accept some awards on behalf of the farm.

When her lactation is carried out to 365 days, she made 41,000 pounds of milk and 1,400 pounds of protein, which placed her on top of the breed in both of those categories as well.

Jo Jo is a Very Good-84 Oak Knob Legacy Daunte daughter out of a Very Good Challenge cow with records of 33,000 pounds of milk.

The Hoard’s Dairyman Farm earned other recognitions at the convention as well. The Hoard’s Guernseys are ranked second among commercial herds, which is a ranking based on Energy Corrected Milk levels. It is also the top herd in the nation for milk, fat, and protein among herds with 100 or more Guernseys.

Among all herds, Hoard’s Dairyman ranks fourth for milk production, seventh for fat production, and third for protein. In addition, the farm is also home to the most Component Queens in 2017 with 36.

Since the farm's founding by W.D. Hoard in 1899, Guernseys have called the Hoard’s Dairyman Farm home. It is the longest continuously registered Guernsey herd in North America.

Join us on August 13, 2018, for our webinar "What's different about Jerseys . . . and what's not" presented by Mike Hutjens, University of Illinois

Hutjens will discuss guidelines and opportunities for Jersey herds based on the results of a thorough study of the top cheese yielding Jersey herds in the country. The impact of herd size, milk yield, use of BST, and mixed breed versus Jersey-only farms will be evaluated.