Don't let mycotoxins tank the profitability of your dairy farm 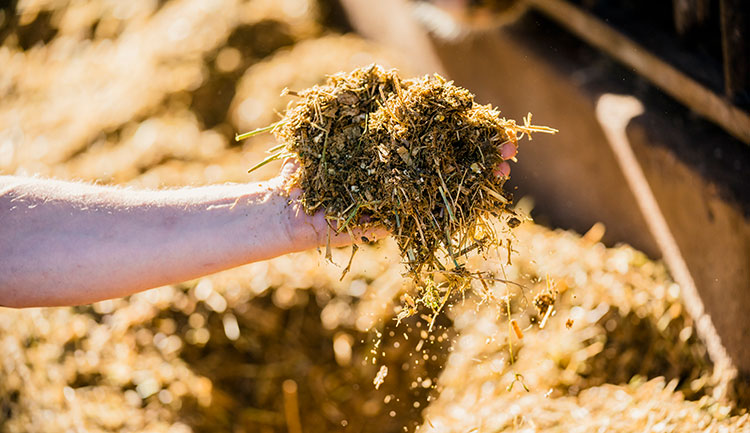 Mycotoxins are toxic compounds produced by molds that, if not well managed, can silently mine dairy farms profitability by reducing feed intake and milk production, increasing diseases, and reducing reproductive performance.

In a mycotoxin survey with feed samples from farms throughout the United States in 2019 (Borutova, 2019), 4.5 to 50% of all corn and silages were contaminated with zearalenone and fumonisin, and 86.4 to 100% of all feed samples were contaminated with DON. Screening and, if necessary, eliminating feedstuff are key to have low dietary levels of mycotoxins.

In partnership with global players, Adisseo offers a certified, user-friendly, and rapid test for specific mycotoxins. For a complete screening of mycotoxins, Adisseo also offers through third-party labs wet chemistry mycotoxin analysis using LC/MS-MS. Eliminating contaminated feedstuff is the best solution, but in some circumstances due to inventory issues this recommendation is not practical; in those cases, once the feedstuff is contaminated with mycotoxins, the most feasible solution is the use of dietary additives to prevent and mitigate the impact of mycotoxins and improve dairy profitability.

Once you are equipped with a mycotoxin screening analysis from single ingredients or TMR, we recommend using the app MycoMan® that can be downloaded for free from the Apple Store (iOS) and the Google Play Store (Android). This app helps you diagnose a potential mycotoxin problem and define the best strategy to prevent or control possible diminished dairy performance by suggesting the type of products and their doses.

Preventing dairy cows from mycotoxin poisoning does not need to be expensive; Adisseo offers two mycotoxins management solutions (MMS) that can cost as low as 2 cents daily per cow. Our products prevent and control a wide range of mycotoxins harmful effects through detoxifying and repairing modes of action.

All Adisseo MMS contain a high-quality bentonite (97% affinity to aflatoxin; Trilogy Analytical Lab. certificate) and a high-quality dried brewer yeast selected among other strains by researchers at Ghent University in Belgium to have the highest immunomodulation activity. Our most advanced formula also contains antioxidants and botanicals that help alleviating and repairing the cellular damage caused by mycotoxins in dairy cows.

Researchers at the University of New Hampshire carried out an experiment to study the capacity of Adisseo MMS of ameliorating the negative effects of mycotoxin-contaminated distiller grains in dairy cows (Whitehouse., et al 2020). The experiment was composed by three dietary treatments:

The distiller grains used in this experiment were naturally contaminated with high levels of the most prevalent mycotoxins in the United States (zearalenone, fumonisin B1, and DON). As expected, cows fed the diet containing contaminated distiller grains had reduced dry matter intake and energy corrected milk in 4.4 and 2.9 lbs/d, respectively, and had impaired immune function.

Cows fed the diet containing contaminated distiller grains and Adisseo MMS had a less severe negative impact on dry matter intake (-2.6 lbs/d) and interestingly, immune function was similar to cows consuming the healthy diet. It is also worth noting the Adisseo MMS-fed cows started the trial with the lowest energy corrected milk production but by the end of it, they had the highest production.

As a conclusion, these results prove the efficacy of Adisseo MMS in protecting dairy cows from the harmful effects of the most prevalent mycotoxins in the United States.

HD Notebook
Are you ready for summer?