California dairyman finds answers in his quest for the complete picture. 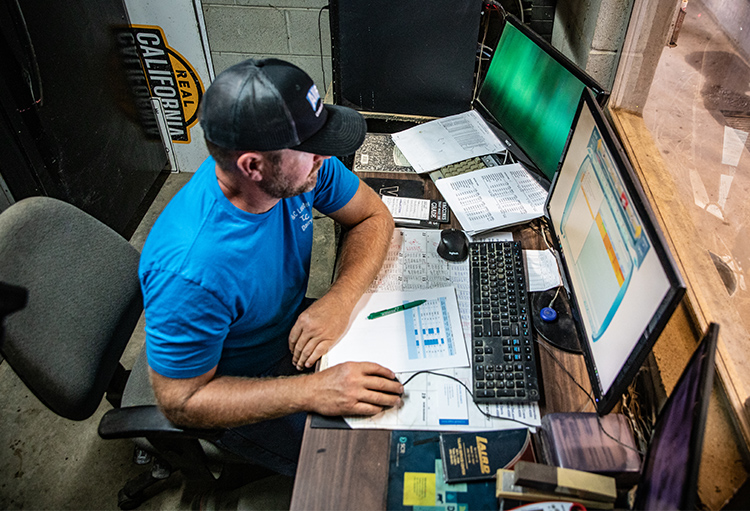 Seven years ago, Tony Louters was on a hunt. The Merced, Calif., dairyman wanted more information on his milking cows in order to improve reproductive protocols and, more importantly, health. The dairy was running fine, but he wasn’t satisfied with good enough.

“There wasn’t something that I necessarily had to fix,” Louters said. “It was really me wanting to get better at what I was already doing.”

Louters specifically wanted to find the cause of a recurring metritis problem in his fresh cows, and he began shopping for advanced dairy monitoring systems. One provided the solution he was looking for: Allflex Livestock Intelligence.

“Not only was it heat detection, but it was health, and that’s what I wanted to know,” he says. “Within the first three weeks of me getting good, strong data, I realized exactly what it was.”

With activity and rumination data, Louters discovered a problem in timing and dosage of vaccinations, which caused cows to go off feed in the move from the dry pen to close-ups. By simply administering vaccinations a week earlier, the problem went away.

From health to reproduction to group monitoring, Louters now has the kind of data at his fingertips he needs for a complete picture of his dairy. Weeks after installation, Louters’ operation began to transform.

“For the first month, I still tail-chalked. I wanted to put the system to trial, right? You still have that part of you that’s like, ‘Okay, do I really trust this system?’” Louters said. “Sure enough, it was catching every single cow in heat. And it was catching three to four a week that were not rubbed off at all. Now, I haven’t tail-chalked in six years.”

Louters said his investment in Allflex Livestock Intelligence proved its worth quickly.

“For T&C Louters, our payback was within eight to nine months after installing the system,” he said.

Allflex group monitoring also allowed him to keep a watchful eye on heat stress. Using data from the system, he decided to install additional fans for additional cow comfort and performance.

To the dairyman out there looking to improve, Louters has some advice. “If you put this system in, it’s going to make you a better dairyman. There’s no doubt about it. It just makes life a lot easier.”