When balancing diets heavy in corn silage, don't skimp on the protein. Understanding corn's advantages and limitations enables us to maximize its nutrient potential.

By John Hibma
The author is a dairy nutrition consultant for Central Connecticut Cooperative Farmers, who previously managed large dairies in California and Hawaii. 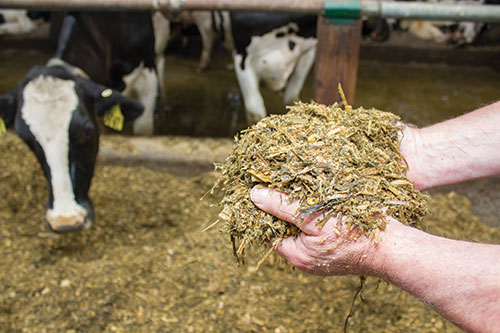 If high production is your goal, limit corn silage to one-third to two-thirds of total ration forage.
This enables you to provide forages higher in the protein that corn lacks.

From the stony ground of New England to the rich, black loam of the Midwest, to the alluvial soils of California's Central Valley, farmers love to grow corn. Dairy farmers have valued corn for its energy and fiber since the earliest days of America. But it wasn't until the mid-20th century when both the development of synthetic fertilizers and automated harvesting paved the way for dairy farmers to really fall in love with corn.

With its humble beginnings in the tropical climes of Central America just a couple of millennia ago, this unique member of the grass family is a true miracle of nature that provides fiber, starch, sugar, fat and biofuel.

We're head over heels for corn . . .
Genetic selection and hybridization, along with improvements in planting, fertilizing and harvesting technology, have made it possible for corn to produce more calories and digestible energy per acre for humans and animals than any other forage. The modern harvesting of corn and its natural ability to ferment and stabilize into a storable feedstuff with high nutritional value has resulted in millions of tons of corn being ensiled worldwide each year.

And farmers love tonnage per acre. Farmers love bushels, too. Whether a corn crop is being raised for grain with 200 to 300 bushels per acre or for silage with 30 tons or more per acre, every farmer is proud of an exceptional crop of corn that comes off of his land. For the dairy farmer, corn silage gives cows and heifers two of the three things they need most in a diet - carbohydrates and fiber.

. . . but it has limitations
And that's it. Corn only supplies energy and fiber to a cow's rumen. Corn is missing out on protein - more specifically nitrogen - the third nutrition essential. But this is not completely a bad thing for ruminants. Rumen microbes need carbs and cellulose coming from starch and fiber with which to live and ferment. And corn does an exquisite job of doing that. Those rumen microbes, in turn, do their part in supplying metabolizable amino acids to the cow's digestive system when they've finished being microbes.

Corn itself requires a fair amount of nitrogen (fertilizer) to grow, but very little of it shows up in the harvested product. Corn silage normally tests between 7.5 to 8.5 percent crude protein (a measure of nitrogen) on a dry matter basis. This is well below the traditional and well-established crude protein recommendations of 16 to 17 percent in the complete diet that will support 10 gallons of milk production per day from a Holstein cow. Remember, the corn plant is a really large member of the grass family. Minus the energy from corn grain, the cornstalk is a very poor quality forage.

Few amino acids to be found
The singular shortcoming of corn-based dairy cow diets is the deficit of the essential amino acid, lysine. Lysine has long been identified as a significant driver of milk production, and lysine along with methionine have been identified as the first and second limiting amino acids in dairy cow diets. Corn has low levels of each. In fact, corn has low levels of all amino acids. Further complicating the situation is the fact that rumen microbes require a certain amount of nitrogen in the form of ammonia and peptides coming from feedstuffs in order to live, work and multiply. Excessive corn in a diet ultimately reduces the necessary nitrogenous compounds in the rumen.

Even though the production of corn has become foundational to the U.S. agricultural economy and it has a multitude of uses, corn grain and corn silage have their limitations when it comes to producing high volumes of milk per cow. The challenge with balancing high-producing dairy cow diets heavy with corn silage is to not skimp on the protein - and particularly on the essential amino acids.

Have we gone overboard?
Because it's a plentiful and relatively inexpensive energy source, dairy farmers can easily get carried away with overfeeding corn silage. It's not uncommon for dairies to feed 75 to 100 pounds of corn silage to their cows and little or no hay crop. This equates to 22 to 33 pounds of dry matter with moisture at 70 percent. For many cows, this represents 50 percent of their daily feed intake which means that the other half of the diet must contain a significant level of protein to compensate for the little protein corn silage provides.

Dairy diets that use corn silage as the sole forage source have been shown to reduce dry matter intake and milk production in cows. This may be due to an overloading of starch, especially when total starch in the diet is over 30 percent, which can lead to rumen acidosis. A second cause for poor milk production may be due to low neutral detergent fiber digestibility of the cornstalk and leaves. Singularly or in combination, an acidotic rumen and low fiber digestibility will result in reduced rumen fermentation and rate of passage of the feed.

As a result, corn silage in milk cow diets - especially diets that are intended to produce over 85 pounds of milk per day - should be limited to one-third to two-thirds of the total forage in the ration. This makes more room for other forages such as legumes and grasses in the vegetative stage that can provide more protein and digestible fiber. In addition, as amino acid metabolization is more correctly met, balancing a diet for total crude protein becomes less of a factor.
Digestibility makes or breaks intakes
Because corn silage is still about 50 percent forage, the extent of fiber digestibility has a significant effect on milk production. With corn silage making up a sizable portion of many dairy cow diets, improving fiber digestibility has been high on the radar of many dairy scientists. Research has shown that a gain of one percentage unit of fiber digestibility resulted in an increase of over one-third of a pound of feed intake and more than half a pound of 4 percent fat-corrected milk. Improving fiber digestibility essentially allows for more dry matter intake resulting in greater energy density in the diet as well as more microbial protein being produced.

One of the loftier goals of dairy cow nutrition is to increase the production of rumen microbes. The more microbial protein produced, the less need there is for dietary protein and amino acid supplementation. As fiber and starch digestibility in dairy diets improve with corn silage varieties such as brown midrib, the energy density coming from forage rises. The implementation of kernel processing over the past decades has also improved the digestibility of corn silage. More dietary carbohydrate contributes to higher levels of rumen microbes.

Improvements in corn growing technology such as herbicide and pest tolerance as well as improved fiber and starch digestibility continue to make an already-popular dairy feed even more popular, effective and affordable. However, it's unlikely that corn silage will ever be able to completely replace the need for hay crop forages and other amino acid supplementation. 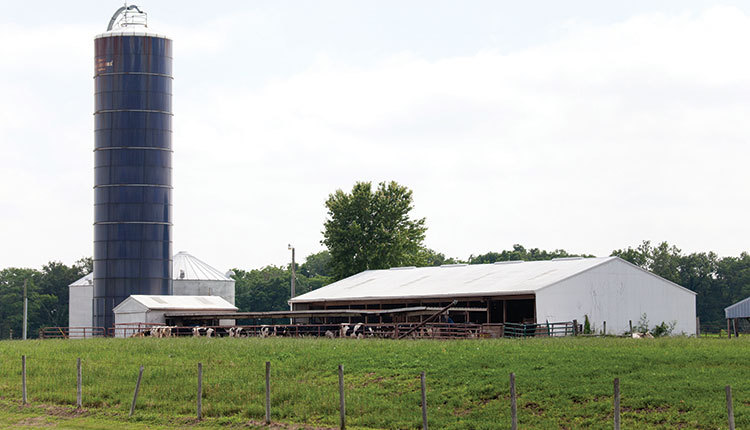 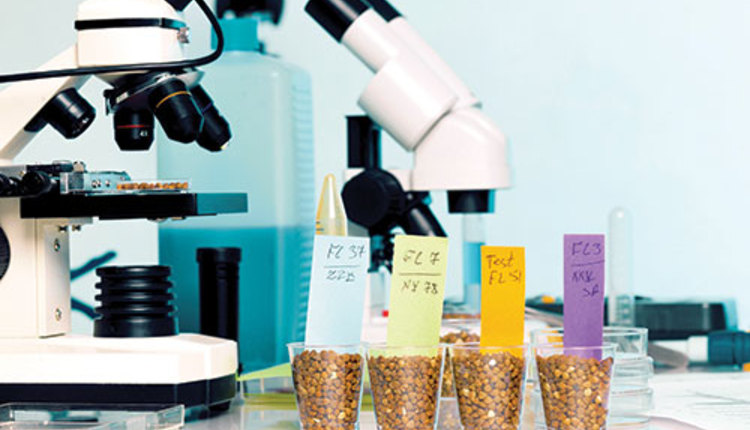 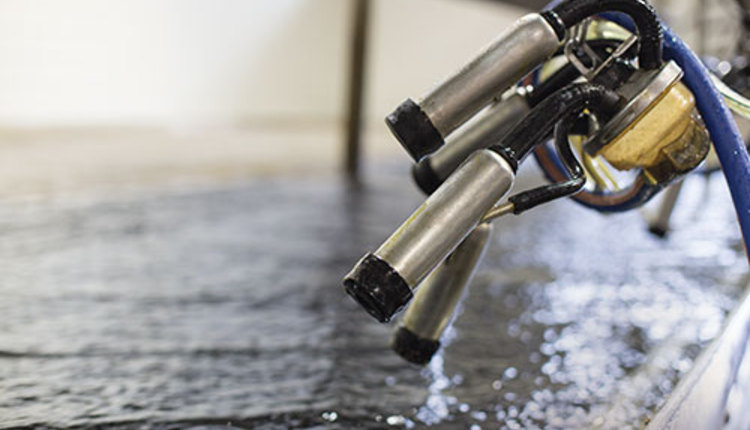