If you build it, they will come

Wisconsin prepares to focus on agriculture education each and every day with a $13 million facility.

By Taylor Leach
The author was the 2016 Hoard's Dairyman editorial intern and is a senior at Oklahoma State University majoring in animal science and agriculture communications. 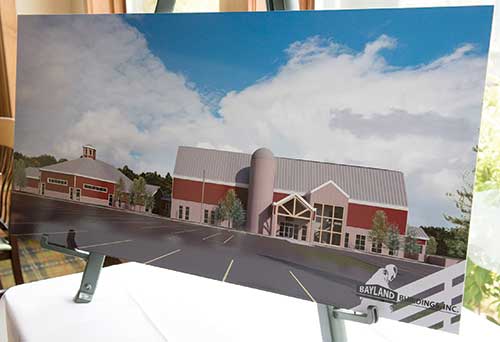 If you build it, they will come."

Many people shared that same thought as they attended a campaign kickoff celebrating the building announcement for the first of its kind Wisconsin Agricultural Education Center (WAEC). As a means to open its arms to the general public, the state-of-the-art center will be designed to entertain and educate consumers about the importance of agriculture in an ever-changing world.
Everything from dairy farming to honeybees, cranberries, ginseng, and other native Wisconsin products will be covered in promoting the impact of agriculture. The idea to build this agricultural learning center all started with a single person and has grown into a platform set to be completed by the spring of 2018.From early beginnings

Norval Dvorak, pioneer of the WAEC, began developing ideas for the project years ago along with other early visionaries in his farmhouse basement. Dvorak, who was well into his 80s at the start of the project, was fueled by his passion to share the story of agriculture, especially in his home state.

Much of his inspiration came from the well-known Fair Oaks Farm Education Center, located in Fair Oaks, Ind. After touring and evaluating the success of Fair Oaks, Dvorak felt Wisconsin could benefit from a similar program. Early plans were made, and support for the center grew. Dvorak, sadly, passed before he could see the completed project, but with the help of many supporters, his dream of providing a public learning facility will soon become a reality.

Though the center is still in its beginning construction stages, support began early on with companies, producers, and other believers investing in the promotion of consumer education of Wisconsin agriculture. “It’s due time for something like this in Wisconsin,” said Pete Kappleman, Land O’Lakes board of directors chairman and WAEC board member. “We need to get consumers of all ages excited about the science and technology that will help sustain our planet.”

As fundraising for the project continues, more than $10 million already has been raised to help accomplish Dvorak’s goal. Thanks to the state of Wisconsin, the WAEC received a $5 million nonstate agency grant upon the condition that its donation was matched by the private sector. That condition was met in just one year. With the help of many generous supporters, the WAEC is one step closer to reaching its $13 million goal.

The WAEC plans to include something for all ages on the 36 acres of land set aside for the future educational site and exhibits. Like the Dairy Adventure at Fair Oaks Farm, the WAEC will feature a birthing barn. It will also have a discovery center, an outdoor playground area, a café and country store highlighting Wisconsin products, as well as a conference center for companies to host meetings and events. Bus tours will visit a third-generation dairy operation, Grotegut Dairy, located two miles from the center’s main location, further tying together the nonprofit, public partnership. With the center set to be built in a high-traffic area located between Milwaukee and the Green Bay-Door County area, the WAEC has the ability to pull in people from all over the state, as well as across the country. An estimated 43,000 cars travel that point of Interstate 43 each day.

The 2,250-cow Grotegut Dairy will host several tours each day for visitors. Guests will have the chance to watch from an observation deck overlooking the 80-stall rotary parlor. Tour buses will make their way through the farm’s tunnel-ventilated freestall barn, along with providing a glimpse of the dairy operation’s calf-rearing program.

“We are willing to promote what we have to offer,” said Doug Grotegut, Grotegut Dairy partner, as he gave WAEC supporters the same tour that will be conducted after the center’s completion. “It is our duty to help promote and educate others about agriculture,” Grotegut noted.

With the amount of agriculture education offered in schools declining throughout the nation, the center is set to serve as a place of inspiration to help educate younger consumers about different careers within agriculture. “This is something that we need to get behind,” Nic Schoenberger, WAEC vice president and nearby dairy farmer, said. “I want our guests to learn something new, leave fascinated, and hopefully get involved with Wisconsin agriculture.”

While the building of the WAEC is on the horizon, much is yet to be done before the center opens its doors for its first guests. As fundraising continues, donations will support the creation of an interactive experience for visitors. With the hopes of reaching the $13 million goal by December 2016, more supporters are welcomed to contribute to the investment in agriculture’s future. Learn more at www.BuildWAEC.org.

“The seeds that we planted are germinating,” Corey Geiger, WAEC campaign co-chair and managing editor of Hoard’s Dairyman, stated. “Food is a big deal, and we need to tell consumers about it. We are going to build bridges for the future.”

Though the bridge to the future is still under construction, it is sure to lead to many roads of opportunity for its visitors. With the advancements in science, technology, and farming methods, confusion among consumers will continue to rise unless efforts are made to effectively inform the public.

The grand opening of the WAEC will be an emotional day for those who have dedicated years towards the completion of this project. The fulfilment of Norval Dvorak’s goal, however, will mark the beginning of a significant agricultural impact on consumers. The state of Wisconsin gave $5 million in support via a nonstate agency grant in the state budget. The Land O’Lakes Foundation donated $1 million with board chair Pete Kappleman shown holding the print of the soon-to-be-built center.
This article appears on page 543 of the September 10, 2016 issue of Hoard's Dairyman.
Return to the Hoard's Dairyman feature page.
Related

Editorial: Will bulls or bears pull more at dairy demand?
Features
Related to:
features
In Features 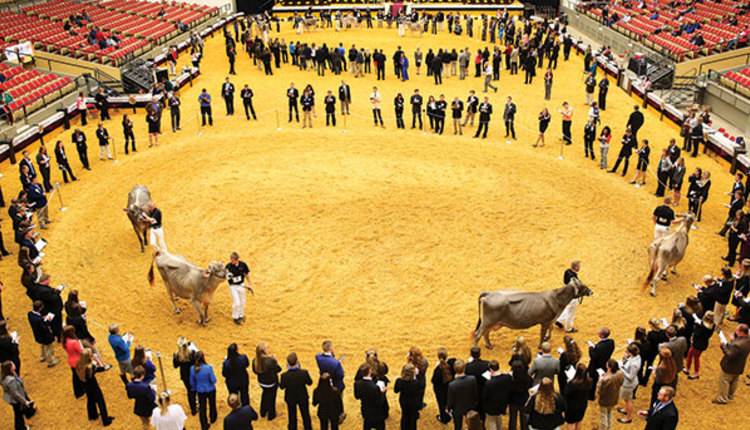