Cheese is the core

“We have this DMI dairy scientist here and he really exploded on ideas of how to bring this product to life,” added Heather Mottershaw, senior director on Taco Bell’s Food and Beverage Innovation team. “Mike built this product around cheese and dairy. The combination takes the product to a whole new level.” 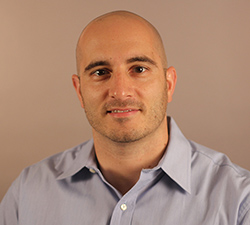 Cheese wasn’t always the focus, however.

“We really knew we had an idea when we went to focus groups,” added Mike Ciresi, a DMI dairy scientist dedicated to Taco Bell. “We tested five or six versions and overwhelmingly it had to be cheese. ‘Cheese. Cheese. Cheese,’ responded the focus groups.”

“That’s a good point,” added Gomez. “We had put other items in the core, but test panels always valued cheese.”

This Hoard’s Dairyman Intel article is part of an eight-part Dairy Food Maker series with Taco Bell. It details a partnership that began with Taco Bell and Dairy Management Inc. (DMI) in 2012 and continues to this day with Dairy Checkoff dairy scientists working directly at Taco Bell’s headquarters in the greater Los Angeles, Calif., area.

To read more about the Taco Bell experience and the organization’s partnership with dairy farmers, turn to pages 648 and 649 of the October 25 issue of Hoard’s Dairyman for the Food Maker series.