A $16 ALL-MILK PRICE represented USDA’s latest projection for 2017 milk with a range from $15.55 to $16.45 per hundredweight. Those price levels were up 20 cents on both ends from May’s opening estimate.

CLASS III FUTURES MIRRORED the USDA estimates in mid-October with January to September 2017 CME contracts trading at a $15.95 average with January’s $15.30 the low and September’s $16.64 the high.

THE CME GROUP WILL CHANGE TOTALLY from an open-outcry, in-person exchange to an electronic, transaction-based auction. The first fully-electronic auction will take place on December 5 with nonfat dry milk. Both butter and cheese will follow, although no date has been set.

“WORST HIT DAIRY FARMERS in terms of profitability in 2015 were in Western Europe, North America, and Oceania, where 75 percent did not cover their full economic costs,” said Amit Saha. Elsewhere, the situation was less severe with roughly 30 percent of farms not covering costs.

NEARLY 360 MILLION POUNDS, or 43 million gallons, of milk have been diverted to animal feed, manure lagoons, or land-applied on fields, estimated The Wall Street Journal after reviewing USDA and Federal Milk Marketing Order data from the first eight months of 2016.

OVER THE PAST DECADE, EXPORTS GREW 29 percent globally, reported the IFCN Dairy Research Network. That group also estimated dairy trade will expand by an additional 51 percent through 2025.

A BATTLEGROUND HAS FORMED over geographical indications or GIs as the European Union has tried to write trade law to limit use of common cheese names. Informa Economics estimated that loss of common names could cost the U.S. dairy sector $2.3 billion in sales over three years.

CHEESE CONSUMPTION NOTCHED a new record again as Americans ate 35.33 pounds per person in 2015. The “Italian cheese” category, led by Mozzarella, ranked the highest at 14.47 pounds. American cheese, paced by Cheddar, was at 14 pounds per person.

DAIRY CONTINUED TO DOMINATE the co-op landscape with two of the nation’s three largest ag-based cooperatives and eight in the top 20. The top ranked in dairy included: DFA, No. 2; Land O’Lakes, No. 3; California Dairies, No. 6.; Darigold, No. 8; and Prairie Farms, No. 10

THEY FOCUS ON DETAILS AND TEAMS. After visiting each of this year’s Platinum winners in the Dairy Cattle Reproduction Council competition, it is clear cows come first for farm-team members.

ADDING INSULT TO INJURY. At times our eagerness to aggressively treat a sick animal may do more harm than good.

A second round for Vilsack promising for dairy
Hoard's Dairyman Intel 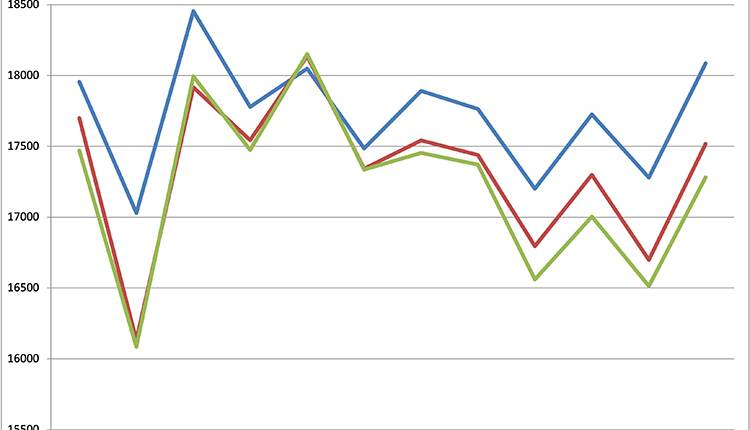