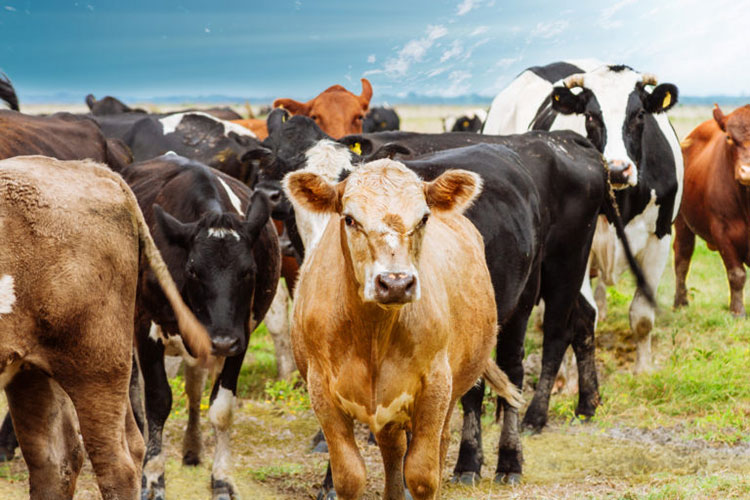 Recombinetics announced today the launch of TARGET-TB, a tripartite collaborative research project with University College Dublin in the Republic of Ireland and Queen’s University Belfast in Northern Ireland to combat Mycobacterium bovis (M. bovis) infection, the pathogen that causes bovine tuberculosis (BTB). BTB is a global threat to animal and human health and a major challenge to sustainable beef and dairy farming.

Annually, M. bovis creates an estimated $3 billion in global losses to agriculture. It disrupts trade, reduces animal productivity, causes the need for the mass slaughter of animals to control the spread of the pathogen, decimates the operations of small-holder farmers, and poses a significant zoonotic threat to public health, particularly for farmers and communities in the developing world. The primary financial burden of BTB in developed countries is the control of infection, which is still detected sporadically despite disease eradication programs. The US has spent more than $5 billion in accumulated control costs since its TB eradication effort began 100 years ago, the Republic of Ireland spends €63 million annually, and the UK authorities allocate £152 million annually, of which £23 million is spent in Northern Ireland.

The goals of TARGET-TB are to offer precision breeding solutions to improve existing BTB controls without the need for additional antibiotics or ineffective vaccines, to reduce the zoonotic threat to public health associated with BTB, and to reduce the financial burden of BTB prevention and intervention. TARGET-TB leverages complementary scientific skills, resources, and infrastructure available at each participating location combining the state-of-the-art sciences of stem cell biology, genome editing, and high-throughput sequencing of expressed genes to quickly identify critical host genes that affect the ability of cattle to respond to infection.

The TARGET-TB is led by a team of international experts: Drs. Tad S. Sonstegard and Daniel F. Carlson from Recombinetics in the US will lead the design and implementation of the genome editing protocol; Professors David E. MacHugh and Stephen V. Gordon from the College of Health and Agricultural Sciences at University College Dublin in the Republic of Ireland will lead the systematic identification and analysis of candidate target genes via in vitro challenge experiments in gene edited cells; and Drs. David A. Simpson and Andriana Margariti at the Centre for Experimental Medicine, Queen’s University Belfast in Northern Ireland will lead the stem cell production effort.

TARGET-TB tripartite collaborators had the following to say about their participation in the project: