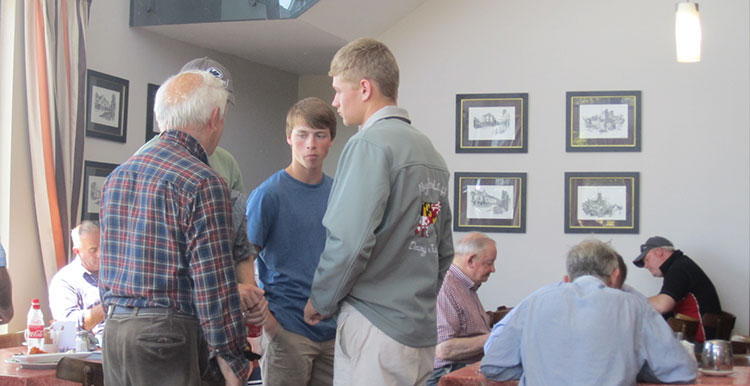 Tour participants visit with Irish farmers in the restaurant.

The auction yard has long been a gathering place for those in production agriculture. Other than an obvious location to sell their livestock, it served as a meeting place for farmers.

On my recent trip to Ireland, I observed a new spin on the traditional auction yard. The original facility in the area was built in 1956 and was located in the heart of the city. In 2007, 30 acres were purchased to build a new facility, Kilkenny Mart, which the group toured. It is owned by the farmers who use it. 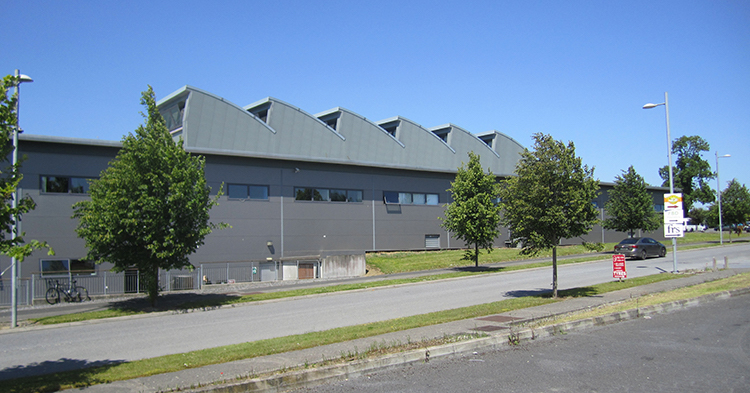 Dairy sales are fairly seasonal with grazing as the primary forage utilized in the area. The day we visited they were selling 600 head of beef steers, heifers, and cows. During March and April and September and October, the inventory peaks at 1,600 head. They sell 50,000 head of cattle each year. 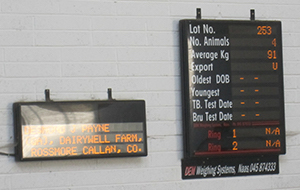 Animal information is on display during the sale.

Computer identification is key in the selling process. Cattle are identified and tracked through the facility where not only their weight, but owner name and health history (birthdate, tuberculosis (TB) status, quality assurance details, breed, and days in that herd) are displayed on the large computer monitors. Our group traveled the catwalks over the pens and could see everything from young calves to animals ready for the meat locker, each with a number and bar code. 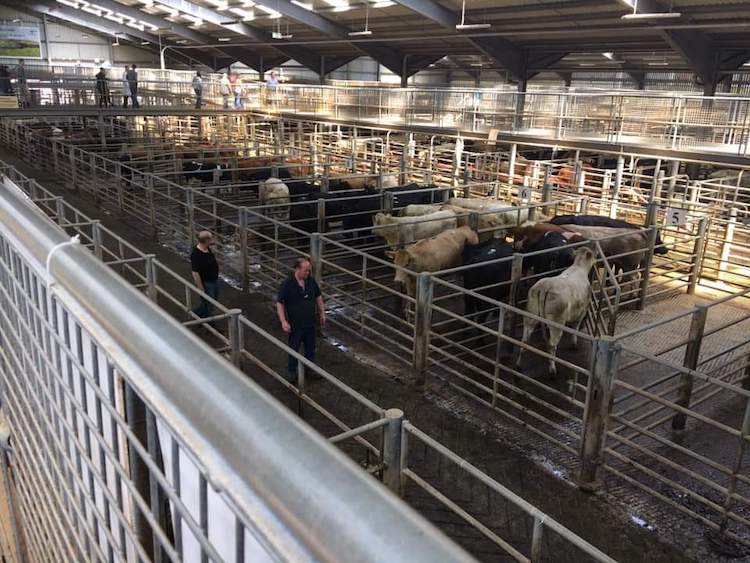 View of the cattle pens from the catwalk.

Cattle enter the scales in the selling arena. Thirty seconds are allowed for potential buyers to evaluate the cattle. Then, bidding begins. If the seller is not pleased with the final selling price, he or she can cancel the purchase. The selling process is televised so the seller can view the activity from their home. There is no online bidding with the belief that buyers want to look at, touch, and feel the product if they so choose. The Kilkenny Mart reports that 95 percent of the sales are transacted (with only 5 percent voided).

This is one of the larger marts and one-half of the cattle in Ireland are sold through this facility. Cattle begin arriving at 8 a.m. with all livestock on the grounds by 10 a.m. This gives buyers a chance to see the animals before the auction begins. Busy season sales start at 8 a.m. and end at 6 p.m. During slower times of the year, the hours are reduced to 10:30 a.m. to 2 p.m.

Their buyers are primarily factory representatives, finishers, and some are purchased for direct slaughter.

But the interesting part of the mart to me was not the cattle selling. It is the agricultural retail shops and businesses that surround it — a mini mall on the perimeter of the multiple selling arenas. This included accounting offices, insurance agents, farm supply store, a fresh meat grocery store, and the always popular diner with farmer-sized, meat-laden meals. In addition, a huge open space, called the event center, lies under the same roof. 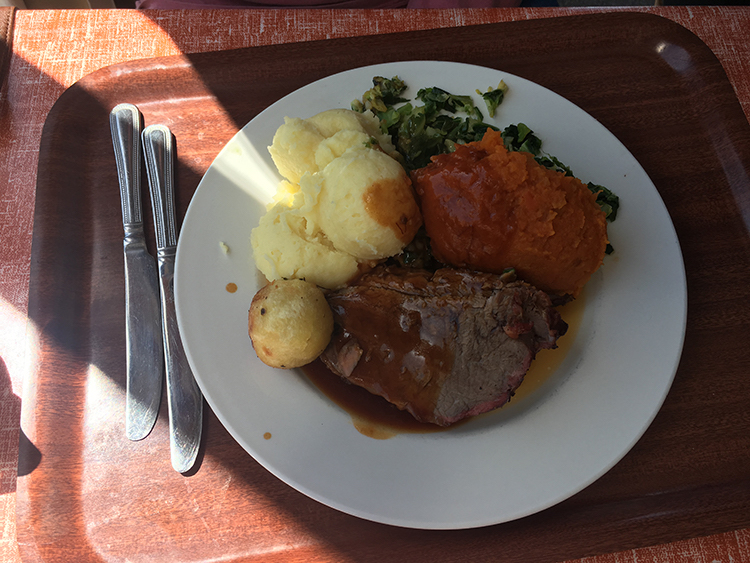 The hearty lunch served at the Kilkenny Mart restaurant.

The idea behind the facility is to make best use of the farmers’ time. When they can renew their farm insurance policy just a few steps from dropping off cattle, or pick up some dewormer pills for the herd, they are in essence one-stop shopping. The event center can hold 1,500 people for a concert, becomes the exposition ring for their expo cattle show, and can be used for banquets as well. 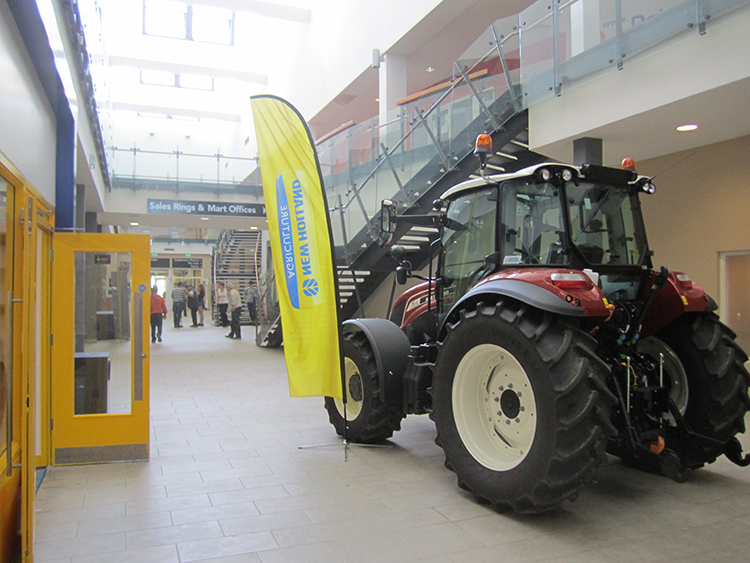 Shopping area is on right, and sales arena entrances are upstairs.

To generate income, the mart receives commission from both the buyer and seller, rent from the vendors, event center rental charges, and restaurant purchases.

While this whole auction yard/mall concept was new to me, there are 90 similar marts in Ireland. I wonder if this idea will ever stretch to our part of the world?

There have been previous blogs and there will be additional blogs about the International Dairy Judging Tour in upcoming weeks. Here are the two previous posts:

Join us on Monday, August 12 for our next webinar

Cow comfort has a huge impact on a dairy’s bottom line. Monitoring lameness and injuries helps producers identify management and facility factors that influence cow comfort, allowing them to make the right changes and see improvements.