The American Dairy Science Association® (ADSA®), the international organization of educators, scientists, and industry representatives who are committed to advancing the dairy industry, recently elected new leaders for the organization’s 2020–2021 term that begins in late June.

ADSA congratulates Kindstedt, Kapoor, and Zhao, and thanks all of the candidates for their willingness to serve the association. ADSA also thanks the members who made their voices heard by voting in the election. 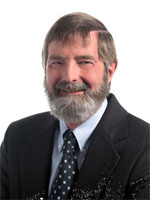 Since joining ADSA as a graduate student in 1979, Kindstedt has served the association in many roles, most recently as a member of the ADSA board of directors, member of the annual meeting’s overall program committee, founder and chair of the Dairy Foods division International Partnership Program, and chair of the board of trustees of the ADSA Foundation. He has received two awards from the association for his group’s research in 1993 and 2018, as well as an award for teaching in 2008. In 2019, Kindstedt disbanded his research program to focus on professional service and other forms of scholarship. 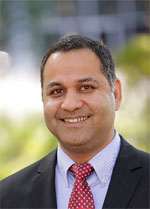 He currently serves as vice president of product research at Dairy Management Inc. Kapoor leads National Dairy Council research programs in important areas such as milk powders, whey and milk protein ingredients, and dairy co-products at major universities; these programs are designed to drive dairy innovation and sales on behalf of America’s dairy farmers. Kapoor also holds an adjunct professor appointment at the Dairy and Food Science Department, South Dakota State University, which is one of the nation’s premier universities in dairy research and education. 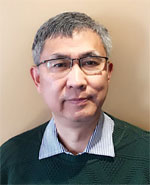 Xin Zhao is a lactation physiologist. He received his BSc and MSc degrees in animal science in 1982 and 1985, respectively, from Nanjing Agricultural University, China. He was awarded his PhD in animal science from Cornell University in 1989. After completing his PhD studies, he moved to Canada for postdoctoral studies, first at the University of Guelph and then at the University of Toronto. Zhao was hired as an assistant professor in McGill University’s Department of Animal Science in 1993, was promoted to full professor in 2006, and has held a James McGill Professorship since 2007.

Zhao works in the field of mammary gland biology, where his studies have focused on bovine mammary functions during normal and pathological states. He continues to lead a group that has adopted a multidisciplinary approach to studying lactation physiology, complex host–pathogen interactions during mastitis, and antibiotic resistance in bacteria from mastitic milk. The overarching goal of Zhao’s research program has been to significantly advance current knowledge in those three areas in order to sustain dairy production, reduce costs associated with mastitis, and mitigate the impact of antibiotic resistance on animal and human health.

Zhao has taught undergraduate courses in physiology and in biochemistry. He has trained 29 MSc students, 26 PhD students, and 18 postdoctoral fellows, who are now working all over the world. Many of them have become distinguished educators, researchers, and industry leaders. The results of his research have been published in 225 journal articles, 6 book chapters, and more than 94 abstracts for scientific conferences.

Zhao has received several awards and honors. He received the ADSA West Agro Inc. Award in 2016. At McGill University, he held a William Dawson Scholarship between 2002 and 2007 and was appointed as a James McGill Professor in 2007 for a 7-year term and again in 2014. He received the Canadian Society of Animal Science’s Award for Technical Innovation in Enhancing Production of Safe Affordable Food in 2006 and the Canadian Society of Animal Science Fellowship Award in 2011.

Zhao was the chair of the Department of Animal Science at McGill University between 1999 and 2007. He served as chair of the Animal Science Review Panel for Agriculture and Agri-Food Canada and as a member on Agriculture and Agri-Food Canada’s science advisory board. He has been a member of the Dairy Cattle Genetics and Research (DairyGen) Council of the Canadian Dairy Network’s Research Committee since 2008. Zhao has been an active member of ADSA since 1990. He has served on the ADSA West Agro Award Committee since 2017 and is frequently called upon as a reviewer for the Journal of Dairy Science®. Zhao is also a member of several other professional societies, including the American Society of Microbiology, Poultry Science Association, and Canadian Society of Animal Science.

The American Dairy Science Association (ADSA) is an international organization of educators, scientists, and industry representatives who are committed to advancing the dairy industry and keenly aware of the vital role the dairy sciences play in fulfilling the economic, nutritive, and health requirements of the world's population. It provides leadership in scientific and technical support to sustain and grow the global dairy industry through generation, dissemination, and exchange of information and services. Together, ADSA members have discovered new methods and technologies that have revolutionized the dairy industry. www.adsa.org