Make a plan for those feedbunk leftovers

Dairy cattle rations are best managed when you have a strategy for using feed refusals. 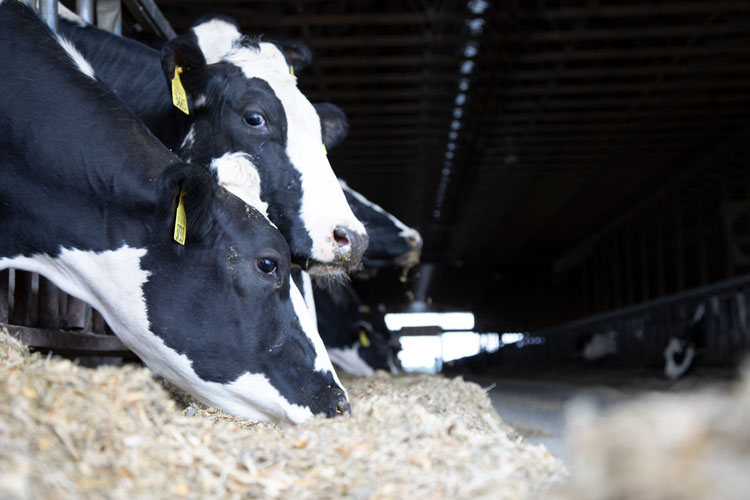 As humans, we often make extra food purposely, so that we have leftovers to eat the next day. That same philosophy doesn’t work for dairy cows, who need fresh feed daily.

Of course, dairy cattle rations are not inexpensive, so farms must strike a balance between offering enough feed so that all cows can consume the needed nutrients but not too much that extra feed is wasted. Feed refusals are the amount of total mixed ration (TMR) that remains in the bunk just before the next feeding.

Oetzel explained that it typically takes about 5% feed refusals to accomplish this; otherwise, cows eat aggressively and consume too much. He said this is especially true for a dynamic pen, like the prefresh or postfresh group, where cows are moving in and out.

“How we deal with feed refusals depends a lot on what happens to those refusals when you take them out of the bunk,” Oetzel stated.

He said the ideal destination for feed refusals is beef feedlot animals or a pen of dairy steers. Likewise, a dairy might be able to sell their refusals to a small operator who is feeding steers.

Some farms may be able to add feed refusals to an anaerobic digester to be converted to energy. Oetzel said that is a reasonable destination for those leftovers.

It is common for farms to feed refusals to pregnant heifers. He said this can work, but there is a lack of control in diet consistency from day to day. “Overconditioning can be a common problem here, and that is a real problem when those heifers come fresh,” he said. “You need to know the refusal amounts and adjust diets accordingly.”

Aside from completely throwing the feed away and obtaining no value from it, the least desirable option in Oetzel’s opinion is feeding refusals back to lactating cows. Again, there can be inconsistencies in the ration, and in this situation, you can’t reuse the refusals, so whatever isn’t eaten must be discarded. Farms may try to feed to an empty bunk to minimize this waste, but that goes back to Oetzel’s initial point of avoiding cows that are too hungry when feed arrives.

The bottom line is that refusals are best utilized if they have a specific destination. “If you have better arrangements, you’ll feed for more refusals and keep feeding management problems from compounding on your dairy,” noted Oetzel.