Another reason to move dry cows up the totem pole

Dry cows are more productive than you may think, and their level of care is reflected in the calves they deliver. 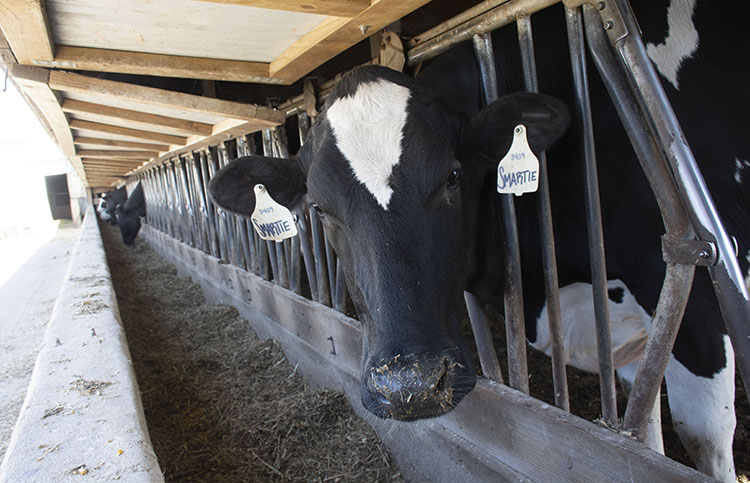 There’s almost always a shortage of time and a lack of space on dairy farms. When deciding which animals get the most attention and best resources, the answer is typically the milking herd, and understandably so. Those are the cows that contribute directly to the bulk tank. On the flip side, dry cows may get the short end of the stick, especially when resources are strained.

“Dry cows often get the brunt of poor management,” said Jon Robison, D.V.M., a dairy consultant and professor emeritus from California State University in Fresno. He addressed the topic of dry cow care during a presentation at the American Association of Bovine Practitioners’ (AABP) virtual annual meeting.

We know that housing, feed, and daily care can impact the health of dry cows, especially after calving as they transition into lactation. Robison challenged the audience to think even broader than that and consider how the dry period affects the growing calf.

“Dry cows are highly productive animals when considering the development of offspring and mammary involution. Those are very critical functions in the productive life of these cows,” Robison said.

As for the calf, two-thirds of growth occurs in the last one-third of gestation. That means those final 60 days, which take place during the dry period, are very impactful for the developing calf.

“The nutrient requirement of a cow and fetus is similar to that of a mid- to late-lactation cow,” Robison said. “Yet, oftentimes, we have employed feedstuffs that are very low quality in a far-off dry cow program.”

Robison shared an example from one of his client’s farm. When margins got tight, the farm cut minerals and vitamins from the dry cow ration, and noticeable changes were seen in calves for the first few months of life. When reintroduced to the ration, the higher level of bioavailable trace minerals and vitamins improved calf activity, reduced morbidity, and returned average daily growth to normal, Robison said.

One such indicator is colostrum quality, which can be done on farm with a refractometer. He also encouraged farms to do periodic analytical assessments of colostrum for IgG levels and nutritive content (protein, fat, and carbohydrates) to see how cows are producing, as well as checking bacteria counts to monitor for sanitation issues.

In addition, he said to keep an eye on colostrum quantity and make sure it matches an appropriate production level for the lactation number of the cow. Also, keep track of the time from parturition to colostrum harvest.

On the calf side, Robison said to weigh calves at birth and check serum IgG levels between 24 and 48 hours after birth.

“Dry cows have tended to be on the low end of the totem pole,” Robison said. His message to farmers is to elevate dry cow care and performance, not only to benefit the cow but the calf as well, who will become the future of your herd.