We need to have a multi-trait mindset 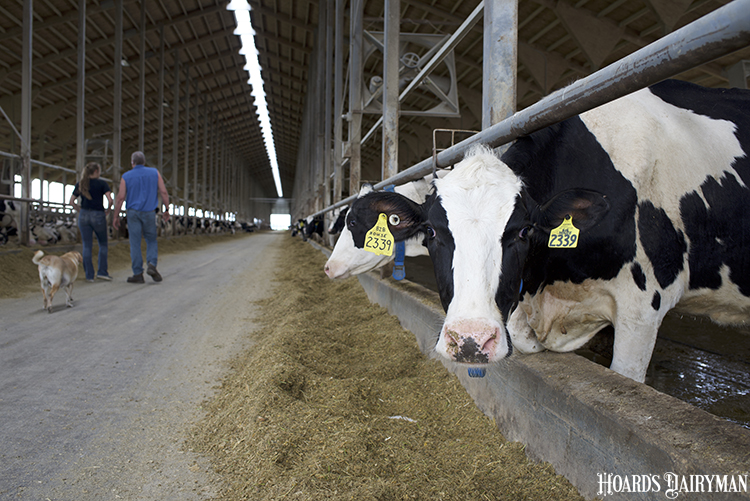 For dairy farmers interested in genetic improvement, a common question is “What do you select for?” This question was also addressed during the July 7 Hoard’s Dairyman DairyLivestream. Specifically, Penn State’s Chad Dechow emphasized the importance of utilizing a multi-trait selection tool rather than focusing on a single trait.

“It’s really important that we select on a multiple trait selection index like Net Merit and not on an individual trait. I’ll give you one example as it relates to Feed Saved,” he said.

“If I told you that we had a 1,000-pound cow that ate less than we expected, she would probably be the world leader in Feed Saved because she’s a small cow that’s not eating very much,” explained Dechow. “If I told you that she made 10 pounds of milk per day, I think we’d all agree that that’s an absolutely horrible cow, and she’s not going to be economically efficient,” countered the geneticist.

This is an important thing to keep in mind as the Council on Dairy Cattle Breeding (CDCB) introduces three new traits into the Net Merit formula in August. Each new iteration of the formula further refines it and makes it more accurate in genetic advancement.

“For this particular iteration, we’re adding lots of new exciting traits especially we’re putting more direct emphasis on feed efficiency, but in the past, we’ve put a negative weight on body size, and we already discount how much a cow yields by the feed cost to obtain that yield,” Dechow further explained. “In the end, it’s probably not as dramatic of a change as you might expect.

“It’s an important improvement, but I just want to emphasize that it’s just one step in a long process,” he continued. “This step is the first time we’re going to have direct evaluations for feed efficiency, and that’s going to improve over time as well.”

Along those lines, Dechow identified the dependence on body weight as an important trait of further discovery for future Net Merit iterations.

“I’ll just give you one example where I think we really need to make changes in the future, and that’s the emphasis on body weight,” Dechow elaborated. “Body weight is a really complex trait. You can have a tall, thin cow that weighs the exact same thing as a short, fat cow, but those cows have very different metabolic processes.”

He explained that body weight is a difficult trait to define because it depends on a cow’s skeleton, muscle, fat, and potentially other things. The current selection for dairy form in the formula indirectly selects for thinner cows.

“Is that the direction we need to be moving in? I don’t know,” he said. “I want to see a little more work developing how intake is related to different body types, and that work just hasn’t been done yet. When we get that work done, that will be a pretty big improvement.”

To watch the recording of the July 7 DairyLivestream, go to the link above. The program recording is now also available as an audio-only podcast on Apple Podcasts, Spotify, Google Podcasts, and downloadable off of the Hoard’s Dairyman website.

The next broadcast of DairyLivestream will be on Wednesday, July 21 at 11 a.m. CDT. Each episode is designed for panelists to answer over 30 minutes of audience questions. If you haven’t joined a DairyLivestream broadcast yet, register here for free. Registering once registers you for all future events.

Can we turn sustainability into a market?
Hoard's Dairyman Intel - Thursday

What does sustainability mean to you?
Hoard's Dairyman Intel - Thursday

Can we turn sustainability into a market?
By Maggie Gilles, Kansas dairy farmer 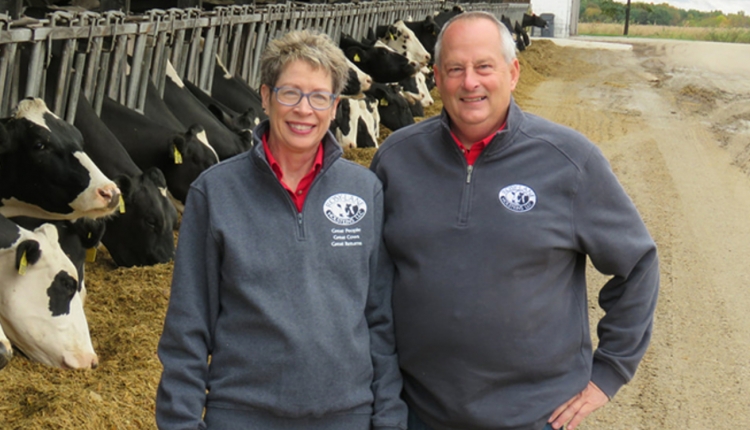