Four outstanding individuals are being honored with National Dairy Shrine’s Pioneer Award this year in recognition of their significant contributions to the dairy industry. This distinguished group will join past industry leaders whose portraits and stories are displayed in National Dairy Shrine’s Dairy Hall of Fame and Museum in Fort Atkinson, Wisconsin. 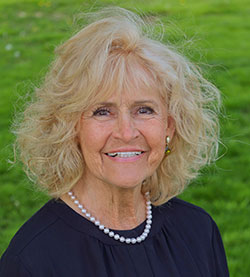 Bonnie Ayars is a respected dairy cattle breeder, teacher, coach, and agriculture advocate from Mechanicsburg, Ohio. Bonnie and her husband John over time bred and developed one of the nation’s finest Guernsey herds with the Land of Living prefix and then added the partnership of New View Swiss with more prize-winning cows at the farm in Mechanicsburg, Ohio. Over 20 National Show champions, numerous All-Americans, bulls in A.I., and leading production animals were bred and developed by the couple and their sons.

A passionate and engaging educator, Ayars has been a teacher for 48 years. In 2006, Ayars accepted a position at Ohio State University as a Dairy Program Specialist working with all 4-H dairy programming, coaching the collegiate and 4-H judging teams, and teaching in the Animal Sciences Department. She eventually transitioned to only the collegiate portion of her appointment but continues to work with 4-H dairy programs. Her judging teams have won many contests, the National Intercollegiate Contest at World Dairy Expo in 2019.

Ayars’ strength and competence has made her a valued leader, mentor and role model. She has judged local, state and national dairy shows including World Dairy Expo’s Guernsey Show in 2006 and the National Guernsey Junior Show in 2012. Her enthusiasm and life experiences have made her a popular speaker for national dairy breed conventions, student groups, and local and community programs. She has collaborated with cable television shows to demonstrate the preparation of dairy based recipes, supported the American Dairy Association-Mideast in live and video promotions and events, and provided cows and leadership for educational displays at Ohio State Fair. Her baking skills were recognized when she was the Ohio representative in the All-American Crisco Pie Baking Contest.

In 2010, the Ayars’ family began using their own milk to make ice cream on the farm. Today, the family continues to operate an ice cream and cheese business, along with an on-farm activity center, under the name Ayars Family Farm. Within these ventures, Bonnie has been able to communicate and educate the public about agriculture, life, and the grit it takes to sustain a family farm. 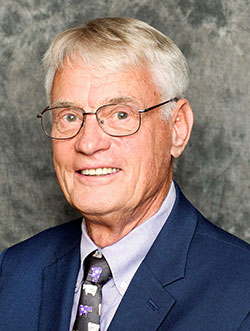 Dieter Krieg
Dieter Krieg is the founder, publisher and editor of Farmshine based in Brownstown, Pennsylvania.

In 1979, Krieg established Farmshine Newspaper. It was the first dairy-focused weekly newspaper in the nation and quickly became a “must-read” for dairy farmers in Pennsylvania and neighboring states.

Krieg continues to serve as editor, feature writer, layout designer and publisher – while growing his newspaper and publishing 51 weekly editions a year. The Farmshine masthead proclaims this mission statement: “We rise every week to cover farms and agribusinesses.” Krieg and his staff, which includes his wife, daughter and son-in-law, have faithfully fulfilled that commitment.

Krieg works with every dairy breed organization in Pennsylvania and all of them buy subscriptions for their membership. Now in its 42nd year, Farmshine has over 13,000 subscribers across 48 states and several foreign countries.

Humble, dedicated and enthusiastic, Krieg has given a lifetime of devotion to the dairy industry. He has logged over one million miles visiting dairy farms and reporting on dairy events across the United States

Krieg is currently a member of the National Holstein Foundation Board of Trustees and Philadelphia Society for the Promotion of Agriculture. He previously served on the National Dairy Shrine Board, Penn State Ag Alumni Council, and All-American Dairy Show Improvement Committee. He received the Distinguished Alumnus Award from Penn State’s College of Agriculture’s Department of Dairy and Animal Science in 1986, the Penn State Dairy Science Club Dedicatee Award in 1991, the Pennsylvania Cooperative County Extension Agents Award in 1988, and the Obie Snider Award at the 2008 All-American Dairy Show. 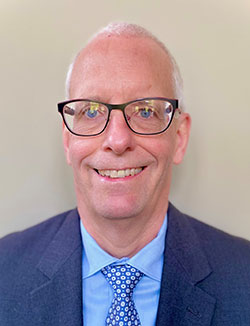 Dr. Grummer joined the UW Department of Dairy Science as an Assistant Professor in 1984 with research and teaching responsibilities. During his 26-year career at the UW he progressed to the rank of Professor and served as the Dairy Science Department’s Chair from 2004-10.

Grummer’s early research at the UW evaluated the effects of bypass fats, oilseeds and tallow on rumen fermentation and lactation performance that led to practical recommendations for dairy producers to optimize milk fat production. His most impactful research, however, came with transition cow nutrition. The prevention of fatty liver and ketosis, and the negative consequences of these disorders, were of particular interest to Grummer. His lab was the first to demonstrate that supplemental choline, when fed in a protected form, was effective in preventing and alleviating fatty liver and could increase postpartum feed intake and milk production. Grummer’s nutritional research and on-farm management strategies were widely adopted by dairy producers and brought about vast improvements in the transition of dairy cows from the dry period to early lactation.

Grummer was appointed to the National Research Council’s Subcommittee on Dairy Cattle Nutrition that wrote the 2001 revision of the Nutrient Requirements of Dairy Cattle. In addition to authoring or contributing to several chapters of that publication, Grummer’s studies on behalf of the committee also led to the equations for predicting dry matter intake of transition cows, estimates which became benchmarks for use on commercial dairies. As a result of his research, Grummer received the American Feed Industry Award (1995), Nutrition Professionals Applied Nutrition Award (2004), and American Dairy Science Association’s “Fellow” Award (2010), and in 2002 was named a “Highly Cited Researcher” by the Institute of Scientific Information.

Grummer’s contributions extend beyond being a dairy scientist. As Chair of the UW’s Dairy Science Department for six years he directed departmental efforts in creating new admission procedures, scholarship fundraising and recruitment marketing that resulted in increased undergraduate enrollment. His leadership helped bring about the building of a new state-of-the-art, UW dairy research facility at Arlington, Wisconsin, in 2007.

Following Grummer’s retirement from the UW in 2010, he took on a new challenge becoming Ruminant Technical Director, and later a consultant until 2018, for Balchem Corporation. 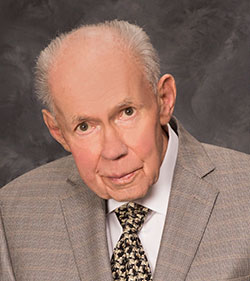 In 1970 Pidgeon became herd manager/partner at Paclamar Farms in Colorado. Together with Dick Brooks, the two men developed one of the top Holstein show herds with Kanza Matt Tippy and Green Banks Admiral Mooie among their most famous show cows.

It was while managing the Paclamar herd that Pidgeon was introduced to the export business. In 1973, the Paclamar herd was sold to an Italian businessman. Darrell flew with the cattle from Denver to Rome and spent several weeks in Italy helping the cattle settle in. Later that year, he joined David Bachmann of Wisconsin, working with his cattle export/sales business and Pinehurst Farms Holstein herd. While there, Pidgeon coordinated the export of thousands of Holsteins to Hungary, Yugoslavia, Bulgaria and Romania. In 1977, Pidgeon took on a new challenge overseeing the selection, purchase and export of 24,000 Holstein bred heifers to Mexico for the Inter-American Development Bank’s “Prodel” project. This project offered Mexican dairy farmers the opportunity to have their own small herd of cows within the modern Prodel dairy facility and then ship their milk to a cooperatively owned processing plant, thus providing a stable and sanitary milk supply for Mexico City.

Upon completion of the Prodel project in 1980, Darrell and his wife Ann returned to Colorado. In 1981, they established their own private export entity, Pidgeon Cattle Company, connecting sellers of U.S. Holstein genetics with international buyers. Over the next 20 years, Pidgeon Cattle Company built a strong Asian export market, working with Holstein buyers in Japan, China and Korea.