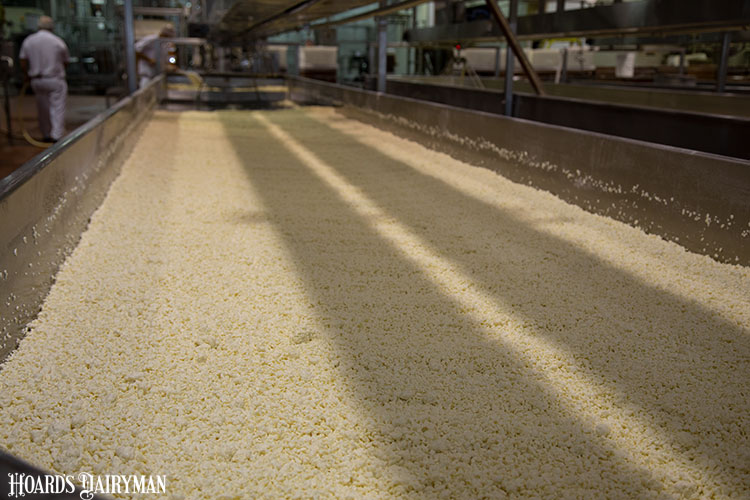 USDA Secretary Tom Vilsack has opened the door to federal order modernization in response to industry interest in looking at a variety of changes. That’s one of the many reasons I appreciate the thoughtful discussion found in the Hoard’s Dairyman Intel, “Could a cheese price fix improve milk checks?”

One proposal that warrants some further thought concerns dropping cheese barrels from the final determination of the Class III milk price value.

Without a doubt, the reason why this is being discussed is to enhance producer value. Overall, there have been a rare number of occasions when barrel prices have been higher than blocks. So, a blocks-only calculation means a higher Class III price, with other things being equal.

A concern relates to buyer equity. Can a barrel maker of cheese afford to pay a price for milk based on block values; or what would they do if that change was forced upon them? A fair concern. Two points warrant mentioning.

The theory has been that block (and barrel) cheese and dried whey represent a base, and generally low, value among the galaxy of Class III products — this includes every kind of hard cheese and all the variations of whey powder such as whey protein concentrate (WPC) and whey protein isolate (WPI). Class III also includes a few unique, seldom discussed products: plastic cream, butter oil, and anhydrous milkfat.

If one looks at whey product values, it is often the case the dry whey is the lowest priced but . . . No 1, this is not always the case, and No. 2, it still begs the question whether the added cost of producing concentrates and isolates is fully compensated by their final selling price.

Likewise, other cheeses, such as Mozzarella, other pizza cheeses, Swiss, and so on, may or may not be sold at a higher value. Some cheeses are routinely sold at a discount against the block price. However, this still begs whether Class III price plus their actual cost is less than or equal to that wholesale price.

The point is that the system of using one average wholesale cheese price, a dried whey price, and one estimate of what it costs to convert farm milk into commodity Cheddar does not actually guarantee any operator that their processing costs will be covered in any given month or over time.

In a world that involves farm premiums, these variations can come off the top and still result in farms getting the blend price or higher. When premiums are too small or non-existent, then we are in the world of reblending and farmers getting paid less than the blend. Obviously, that’s not what we want, but that’s what can happen when there is not enough revenue from sales to pay a blend price.

Overall, I don’t think removing barrels from the wholesale cheese price calculation means that barrel makers would shrink production because they couldn’t afford the new Class III price. I believe it means that they would end up paying less for milk. The same economics is, and has been, at play for every other manufacturer whose cheese price and actual cost of conversion is not equal to the values used in each month to set the Class III price.