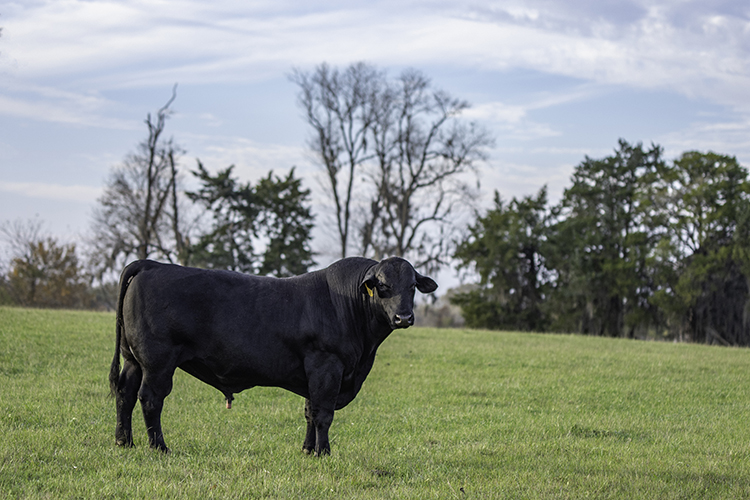 Dairy animals have long also played their part in the beef supply chain, but in recent years, dairy farmers have stepped up the quality of their contribution by using beef sires on portions of their herds. Sales of beef semen climbed again last year to reach a record 22 million units, and as the National Association of Animal Breeders reported that beef semen usage in U.S. beef herds was down 2%, we know most of those breedings are creating dairy cross calves.

For consumers, dairy-beef products capitalize on tenderness, juiciness, and flavor while minimizing or removing some of the issues of straight dairy carcasses, described Texas Tech’s Blake Foraker during this year’s Connect Summit. The specific issue he pointed to was browning of the meat — once a piece is about 20% brown, consumers won’t reach for it. Dairy meat reaches that point about 24 hours before both beef and dairy-beef products, Foraker said, so cross animals have a longer shelf life.

From the dairy farmer’s perspective, matings that result in animals that are more valuable at birth and later on allow farms to most efficiently use all of their resources to create nutritious food products. During a panel discussion, Katie Martin DiGangi summarized, “We can make a more profitable product from our worst genetics.”

DiGangi’s family’s farms in Wisconsin and Texas are just two examples of the growing number of dairy operations fine-tuning their beef-on-dairy strategies to not just get cows pregnant, but to capitalize on a valuable beef product. They retain ownership of their Angus-cross calves until they are about 400 pounds and sold, but one of the farm’s long-term goals is to build a feedlot to develop these animals, DiGangi shared.

That’s already the case with Riverview LLP, which operates beef lots to raise its crossbred calves and a ranch to develop their future beef sires, explained the business’ genetics director, Dustin Hollermann. Carcass data, among other items, helps them decide which bulls are used as sires.

These opportunities for dairy to be more involved in the beef sector is something the panel of experts, from farmers to a genetic consultant, only expected to continue. Partnerships between the two industries, and specialization on each side, are in store for the coming years, said Foraker. It would allow beef feeders to replace straight Holstein cattle with cross animals that often gain just as well as their beef animals. And although Foraker noted that the U.S. beef industry would likely be the last protein to ever move toward any type of vertical integration, it would have benefits such as product traceability.

For their part, Hollermann said they are always striving to partner with or at least influence the various parts of the beef chain. DiGangi agreed and acknowledged that partnerships will be key. “We are both producing a protein and we have the same consumer,” she described of the dairy and beef industries.

Beef semen was a transformational tool for dairy farms just a decade ago. Now, beef cross animals and beef partnerships may prove to be just as impactful to the industry.