Milk quality should be a heifer raising goal 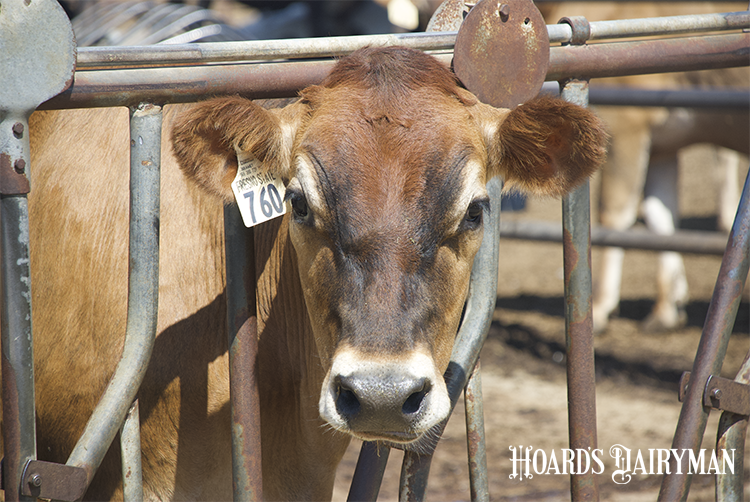 When we think of heifer rearing success, we often look to benchmarks such as growth and age at first calving. Another factor that becomes especially important when a heifer calves is udder health.

“Mastitis is the most expensive disease we have in our dairy industry,” she said, highlighting the need to think about mastitis risks in heifers.

Like cows, heifers can experience contagious or environmental mastitis. In the lactating herd, Stone said that contagious mastitis is most often spread by milking equipment during milking. Heifers don’t face that risk; instead, the greatest threat for spreading bacteria that cause mastitis in heifers comes in the form of flies.

“Flies are the vector within heifers that spread contagious mastitis,” she explained. “It’s very easy for them to pick up contagious pathogens that cause mastitis and bring them to the heifers.”

Flies are especially troublesome in hot, humid climates. Stone said the removal of muddy or manure laden areas in heifer housing can reduce fly breeding grounds, and those are also the same areas that can introduce heifers to bacteria that causes environmental mastitis.

Even heifers on the best managed farms still face the risk of exposure to mastitis-causing bacteria, noted Stone. Unfortunately, subclinical mastitis goes undetected in nonlactating animals, as somatic cell counts can’t be utilized to identify an infection. However, signs of clinical mastitis include swollen or red quarters or a heifer showing discomfort in the udder.

Heifers with clinical symptoms can be treated with an intramammary mastitis tube, and a teat sealant may also be considered. Stone emphasized that timing of treatment must allow enough time for the medication’s withholding period to expire prior to the heifer calving.

While some farms have initiated the practice of treating all quarters of all heifers as a prevention strategy, Stone would not recommend blanket treating all heifers as it is costly and the true benefits are still unknown. It is recommended to treat heifers if the farm is having trouble with first lactation animals calving in with mastitis, though.

In her concluding remarks, Stone encouraged listeners to pay more attention to the heifer herd, for milk quality and beyond. “As a whole, we need to make sure we invest more into heifers than just feed,” Stone said. “We need to set them up the best we can, so they return what we hope to get out of them.”