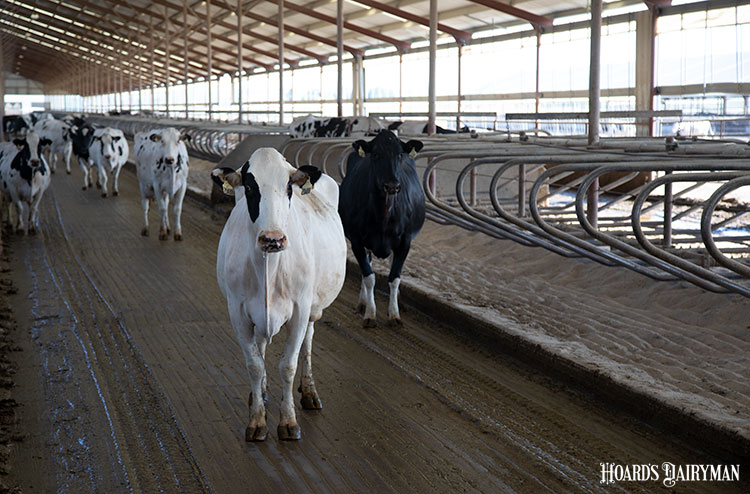 Many of today’s dairy cows are housed in facilities with concrete floors. While several environmental and management factors can contribute to dairy cow lameness, the housing environment and surface cows walk on can be one of the most influential and potentially most troublesome.

University of British Columbia’s Kathryn McLellan, Daniel Weary, and Marina von Keyserlingk shared in a recent research report that more than 25% of dairy cows in North America have lameness issues. This high rate of prevalence creates both economic and animal welfare concerns.

Past studies have found that cows housed on pasture have a lower incidence of lameness, and even a brief period of pasture access has been shown to benefit hoof health and locomotion. The University of British Columbia team decided to look into pasture as an opportunity to improve lameness in individual cows.

Lame cows at the university’s Dairy Education Research Centre were housed together in a pen inside a freestall barn. Half the cows were given free-choice access to pasture via an electronic sort gate. For seven weeks, the researchers collected data on pasture use, lying behavior, and status of lameness.

The cows with pasture access spent about 15% of their time out there, but it varied by cow from 0% to 40%. Cows were more likely to use pasture at night when it was warmer outside, which the researchers speculate was due to it being cooler outside than in the barn. The lame cows mostly utilized the pasture for standing and lied down in the barn more.

Over the seven weeks, less than half the cows recovered from their lameness. Cows with pasture access, though, were more likely to recover and had more time with sound hoof health during the research period.

“These results suggest that free-choice pasture access is beneficial for lame dairy cows,” the researchers wrote. “This finding may be due to the pasture providing a softer standing surface and allowing for greater movement opportunities.”

They concluded that lame cows will utilize pasture when given a choice and that pasture aids in lameness recovery.