Maintain a cycle of high fertility 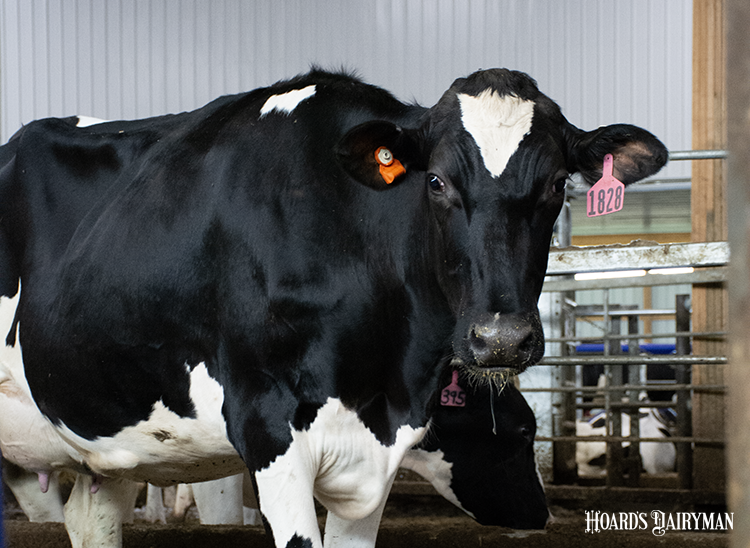 When a cow calves, its body is off to the races going through a number of changes giving birth and then quickly ramping up milk production. And although early lactation is when we will see cows be most productive, that can’t come at the expense of future lactation cycles — in other words, losing too much body condition to impact health and delay the next pregnancy.

In fact, cows that maintain or even gain a bit of body condition after calving have shown improved reproductive performance in that lactation, said Milo Wiltbank in a Dairy Cattle Reproduction Council webinar. The University of Wisconsin-Madison professor pointed to a landmark study of 60 cows where those that lost and continued to lose body condition in early lactation had a 25% conception rate, while those that maintained and gained condition had a 62% conception rate.

Animals that better maintain body condition have fewer health issues, which contributes to greater fertility. This can be a bit of a “chicken and the egg” scenario because the same can be true in reverse — when cows get sick, they will lose more condition — but there is certainly a relationship, Wiltbank noted.

The question, then, is how to get cows to maintain or gain body condition after calving. The answer, Wiltbank said, is to avoid calving in overconditioned cows. A study he worked on saw that 91.5% of cows that calved in with a BCS of more than 3 lost condition in early lactation. However, only about a third of cows that calved in at or under a BCS of 3 lost significant condition.

Nutritional factors play a role in preventing cows from gaining too much weight in the dry period, but the calving interval affects what condition they are dried off at. Since gestation length is fixed and a farm’s voluntary waiting period (VWP) is fairly set, too, Wiltbank reminded listeners that improving the 21-day pregnancy rate is the best way to reduce calving interval.

Of course, there are many ways to boost heat detection, service rate, and other factors to get more cows pregnant, but Wiltbank also pointed to one metabolic consideration. He described that when higher producing cows are consuming more feed, they are also causing more blood to flow to the liver. Steroids including progesterone and estradiol are metabolized in the liver, so more blood flow that allows more metabolization can lead to reproductive impacts. “This is a very important nutritional effect,” he noted. If this is a problem in a herd, administering more progesterone may be helpful.

To complete what Wiltbank termed the “high fertility cycle,” cows that get pregnant earlier in lactation put on less condition and can then by dried off and calve in at a more appropriate BCS. He said a more modern dry-off recommendation could be a BCS of 2.75 to 3, and they are currently doing more research on this.

If you’re evaluating what the fertility cycle looks like on a farm, consider how body condition is playing a role in that performance. This year’s dry-off may have an effect on next year’s pregnancy rates.