California cows at risk of eviction

For years, California dairy and livestock farmers have grazed their cattle in Point Reyes National Seashore Park, but that partnership may soon come to an end. 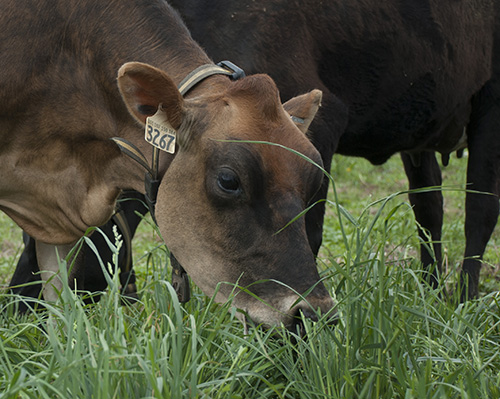 About 60 miles north of San Francisco, Calif., sits the Point Reyes National Seashore Park. For more than a century, grazing cattle have shared this space with the elk, elephant seals, and other wildlife that live there.

Those cattle may soon be looking for a new home, though. Three environmental groups filed a lawsuit earlier this spring with the U.S. District Court in San Francisco. They feel that the grazing herds are harmful to the wildlife in the park and are not a natural part of the landscape.

This battle is one of many over the public use of Western lands. For years, miners, ranchers, and loggers have been fighting to maintain access to federal lands preserved for wildlife and recreation. Environmental restrictions have already contributed to a roughly one-third drop in grazing on federal lands between 1990 and 2011, according to a U.S. Department of the Interior report.

As noted in a Wall Street Journal article, park officials currently work with 13 families to keep about 4,800 cows grazing on approximately a quarter of the park's land. When the privately owned preserve was sold to the federal government in 1962 to prevent development of western Marin County, it was agreed that ranchers would be allowed to continue grazing cattle there.

The irony is that, if the lawsuit is successful, the elimination of this grazing land could disrupt the local and sustainable food movement, which is popular in the San Francisco area. Locally grown beef could become more scarce, as could locally sourced milk. According to the Marin County Farm Bureau, approximately one-third of the milk produced in the county comes from dairy cows grazed in the Point Reyes National Seashore Park.

This situation highlights the struggle farmers face to meet the sometimes conflicting needs and desires of consumers. Now and in the future, dairy and livestock producers will be expected to do more with less, all while providing the same high level of animal care and maintaining the environmentally friendly methods that have been practiced for years.

We don’t have to stand alone
By Abby Bauer, Associate Editor