Who are they fooling?

By Patti Hurtgen, Online Media Manager
I was in the Milwaukee airport recently for an early morning flight, and I stopped at a coffee vendor. While in line, I was reading their promotional billboards to pass the time. As I read the words, I wondered if consumers actually believed what was written or could they read between the lines like I did? 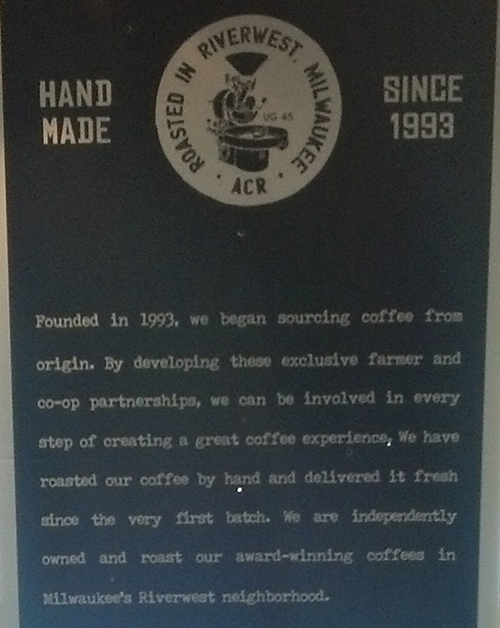 I stood there wondering how many people really think that the coffee they were purchasing was a "local" product? The billboard says the beans were roasted locally, but the carefully crafted verbiage avoided saying where the beans originated. By reading this sign, people might assume they were grown nearby.

I have visited nearly all of the U.S. states and don't recall any coffee plantations, and certainly not in the Milwaukee area.

From my early years, I remember coffee commercials with Juan Valdez and his burro at his side, picking the coffee beans in mountainous regions of South America. Brazil, Vietnam, and Colombia are the top coffee-producing countries due to their proximity to the equator. The photo of Colombia below is hardly the topography of the Milwaukee area. Of the top 36 coffee-producing countries, Mexico, at number 9, is the closest to the United States. The U.S. did not make the list. 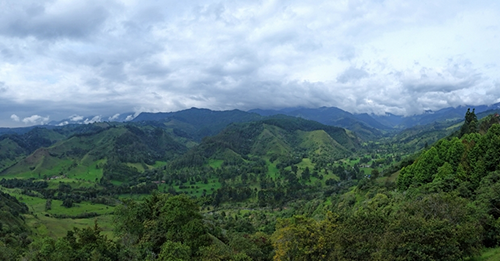 Reread the sign knowing the beans are not grown in the U.S. Do you feel differently now, knowing just a little about growing coffee?

Bringing it back to dairy, it is similar marketing ploys that concern me. When I see "antibiotic free" when referring to milk, it makes me angry. All milk sold in stores is antibiotic free, whether it is produced under organic conditions or conventional methods. Yes, it is called marketing, but sales should not be generated by luring consumers away from the competition by using scare tactics.

It is a fine line we walk in food marketing. Your grocery store milk is labeled 2 percent fat, but never as 98 percent fat free. Hormones are not allowed in pork or poultry production, yet some meat brands are touted as raised without hormones. They all are raised without hormones because it is illegal to use them. To the uninformed consumer, the labels without those claims must have hormones, right?

When you see propaganda, is it legitimate or just half-truths to sell a product? I think everyone must recommit to telling the story of food without stretching the truth because consumers don't want to be fooled and they don't like liars.

How my Jerseys help me think outside the box
HD Notebook
Related to:
HDN
In HD Notebook