While we are not at $20 milk quite yet, a boost of over a buck is a step in the right direction. Mark Stephenson gave his predictions for the upcoming year when he presented “The dairy situation and outlook for 2020” during the monthly Hoard’s Dairyman webinar. 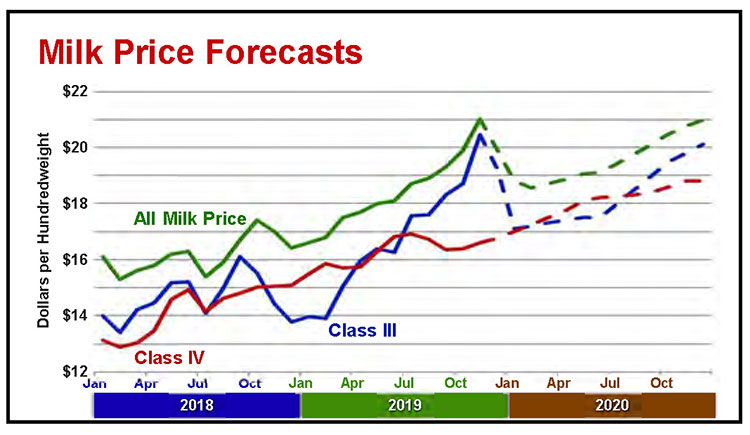 The director of policy analysis at the University of Wisconsin-Madison outlined trends that impact domestic milk prices and used that data to look into the future.

Two decades ago, only about 3% of dairy products were exported. Recently, it has been hovering around 15%. U.S. cheese stock has been elevated over the past few years, but that is starting to wane over last year’s high inventory levels.

In 2015 and 2016, Oceania’s butter prices were well below U.S. prices. This slowed U.S. sales with such a strong competitor on the international market. However, the following year, prices were closer, and currently U.S. prices are slightly higher than Oceania’s global cheese price.

Additionally, the European Union’s skim milk powder (SMP) stocks were massive from 2016 to 2018. “The high stocks in the EU are now gone. There’s life in the skim milk market again,” stated Stephenson.

While the U.S. exported slightly less dairy products in volume in 2019, the net export value was up.

Another piece of good news for milk prices is that U.S. consumers are confident about the economy. The unemployment rate is also very low.

“Fluid milk sales continue to slide due to competition in the beverage space,” he reported. Milk and cereal were a common companion for breakfast, but “cereal sales are on the floor,” he explained. Fortunately, dairy products are a good buy and overall per capita consumption of other dairy products is high.

On the herd inventory side, current U.S. cow numbers are down from 2018 and 2017, but production per cow has been on a steady increase over the years.

How do our trade partners look? China’s per capita dairy consumption is expected to grow and trade (primarily whey) deals are being negotiated. Small farms in China are also exiting faster than the mid-sized and larger operation. Additionally, Mexico has started to purchase from us again. So, trade looks to be headed in the right direction.

Moving forward, the items to keep an eye on that are positive factors influencing price are slowing U.S. and global milk production, declining domestic and world stocks, relatively strong domestic economy, and any pending trade improvements. On the flip side, those trade negotiations, when drawn out, create challenges. Also, the slowing gross national product (GNP) in countries like China factor into the equation. A few countries in Europe, like Germany, France, and the United Kingdom, are experiencing weak economies. And the potential for a U.S. recession, despite consumer confidence, could impair milk price.

For a deeper explanation and detailed charts, the archived presentation is available. This webinar was sponsored by Zinpro. Over 100 past webinars are also available on our website at hoards.com under the webinar archives tab. 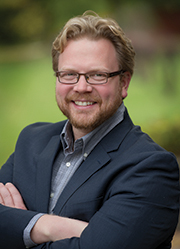 Feeding high-quality colostrum is one of the most critical factors in calf survival and health. New strategies to transition calves from colostrum to high planes of milk nutrition early in life also will be shared during the webinar. The presentation is sponsored by Cargill.