The Potential of Precision: Analyzing Milk to Increase Profit

In most of the US, dairies are paid on components. Yet component measurement is largely managed with a monthly or bulk tank test that offers just a snapshot of milk from a single day and is energy corrected across all cows.

Given that milk production (volume and components) is one of the major factors affecting profit, precise component measurement has the potential to significantly increase revenue.

You want to milk the most profitable cows

But where are they? For dairies limited by basic points, there’s potential to increase revenue by increasing milk fat and protein. Since only so many cows can be milked in a day, it makes sense to milk the most profitable ones. Monthly tests can be used to analyze individual cows, but many changes can occur over the course of a month, leaving dairies with limited information to make revenue-driving decisions.

For example, look at the fat content on day 20 as compared to day 50 for this cow. A monthly test could have easily allowed a dairyman to misidentify the value of this cow’s milk. 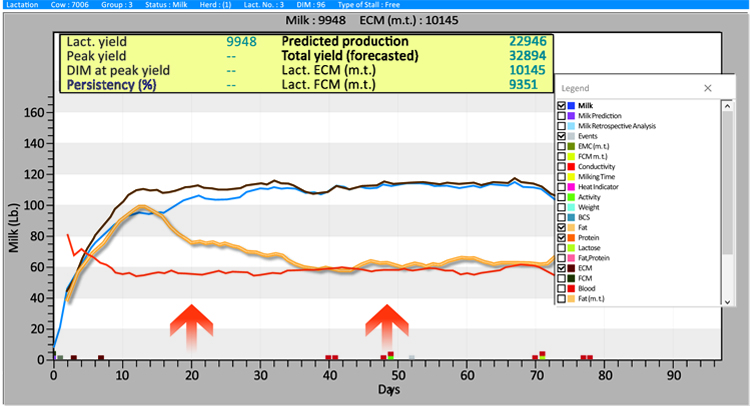 What if decisions could be made with data on every cow from every milking?

By leveraging technology to analyze the milk from every cow at every milking, insight can be gained to help dairymen quickly:

That is the power of AfiLab. Working in conjunction with the Afimilk ICAR-approved milk meter, AfiLab analyzes the milk fat, protein and lactose from every half pound that dumps from the meter. The information is then analyzed in AfiFarm software, which generates automatic reports. 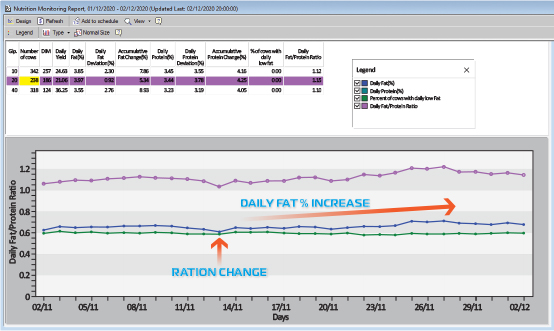 Real-time production data from cows is a powerful profit-focused decision-making tool. For example, these two cows who are in similar stages of lactation appear to have drastically different milk yields if assessed by yield alone. However, one cow has high energy corrected milk (ECM) while the other cow has a negative correlation, making the two animals more similar by comparison. The data clearly shows that not all milk is equal.

Transitioning to milk analysis with AfiLab can uncover important insights that bring a dairy to the next level of performance and profitability. Learn more at Afimilk.com.

HD Notebook
In our area, robot repair is a one man show