The U.S. Farmers and Ranchers Alliance is looking for the new face of farming and ranching. Two dairy producers are amongst the finalists.

The U.S. Farmers and Ranchers Alliance (USFRA) is now holding an election to determine who should be the future faces of farming and ranching. Nine finalists are vying for your vote, to be one of the final three or four "Faces of Farming and Ranching." The voting will only contribute to the final score, but the real positive here is that consumers get to meet nine outstanding farmers and ranchers through the voting process.

USFRA is a coalition of numerous commodity groups (including the National Milk Producers Federation) to provide a unified public image to the consumer public. The Faces of Farming and Ranching campaign is just one of their many projects (look for an editorial featuring USFRA research in our December issue).

Two dairy producers make the cut
Amongst the nine finalists are two dairy producers. I've talked to both of them at their farms in the last year. Without knowing much about the other entrants, I know these two are worthy of your vote. 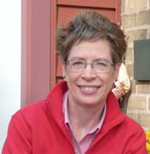 Daphne Holterman farms just north of our Hoard's Dairyman offices outside nearby Watertown, Wis. Daphne and her husband, Lloyd, raise 800 cows and all the crops that go with it. Daphne is active in local groups and often invites groups to their farm for tours.


Will Gilmer is the other dairy producer finalist. He farms with his father at Sulligent, Ala., on 600 acres milking 200 cows. Will's also very active in his community, but is well-known for his online promotion through Twitter, Facebook, YouTube and a blog. You can read all about Will in our October 10, 2012, issue, on page 642. 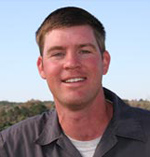 Vote today at www.fooddialogues.com. You can also learn more about the Food Dialogues event in New York City last week, the partnership they have with Anderson Cooper's show and join their Farmer and Rancher Mobilization Team (F.A.R.M. Team).

USFRA is doing a great job putting our best face forward. Have you joined the conversation? You can (at www.fooddialogues.com).